This guest article was contributed by friends in Cuba. 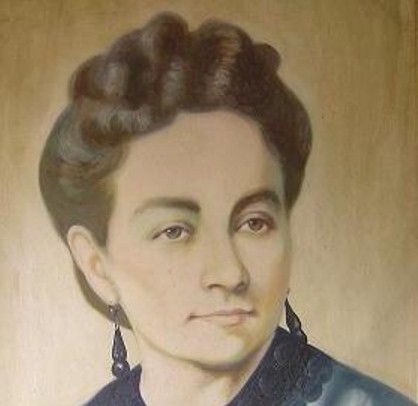 Ana Betancourt de Mora was born in Camagüey, Cuba, on Dec. 14, 1832. As with all young, wealthy Cuban women, she took classes in religion, sewing, embroidery, music and home economics.

At the age of 22, she married Ignacio Mora y de la Pera, a young educated man who believed in independence and who was, according to Ana, “her teacher and her best friend.”

At the very beginning of the Ten Years War [against Spain] on Oct. 10, 1868, Mora was one of the first to join the liberating armed forces, while Ana devoted herself to sending materiel and clothes to the rebels, as well as writing and distributing revolutionary propaganda.

Chased by the Spanish authorities, she joined the rebels in Guáimaro on Dec. 4, 1868, exchanging the serenity of her home for the martyrdom of war.

On April 14, 1869, her voice was heard in Guáimaro, headquarters of the Constituent Assembly, when in a speech full of patriotism she proclaimed the redemption of the Cuban woman: “Citizens: the woman, in the dim and quiet corner of the home, was waiting patiently and resigned to this beautiful hour in which a new revolution breaks her yoke and unties her wings.”

And she added: “Citizens: here everything was enslaving: the cradle, the color and the sex. You want to destroy the slavery of the cradle, fighting until death. You have destroyed the slavery of color, emancipating the slave. The moment has arrived to liberate the woman!”

Together with her husband in the jungle, she worked on the newspaper “The Mambí,” which featured interesting articles about the life of the mambises [guerrilla Cuban independence soldiers] in the countryside, as well as the independence ideals of those Cubans committed to the fight.

On July 9, 1871, Betancourt and her husband Ignacio were surprised by enemy guerrilla warfare in Rosalía del Chorrillo. Thanks to a ruse, she saved her husband’s life, but she was taken prisoner, as arthritis in her legs prevented her from fleeing. The [captors] kept her outdoors under a ceiba [tree] for three months in the savanna of Jobabo as bait to attract Colonel Mora.

Pressed to write to her husband to ask him to lay down his arms, Ana answered energetically: “I prefer to be a widow of a man of honor than to be the wife of a man without dignity and tainted.”

In these conditions she had to bear with even a simulated execution. On Oct. 9, 1871, she managed to escape and hid in Havana but was located and deported to Mexico. A short while later she settled in New York.

In 1872 she visited the president of the United States, Ulysses Grant, asking him to intercede in favor of pardoning the medical students imprisoned for the events of November 1871. That same year she went to reside in Kingston, Jamaica, where in November 1875 she received news of the execution of her husband. She returned to Cuba with the signing of the Pact of El Zajón [which ended the Ten Years War].

In 1882 she returned to New York, and in 1889 she went to Spain, where she devoted herself to transcribing the wartime diary of her husband, while also maintaining active correspondence with Gonzalo de Quesada and other Cuban patriots. She converted her sister’s house into a site of revolutionary activity.

On Feb. 7, 1901, during a cold and dark evening in Madrid, the celebrated patriot from Camagüey, Ana Betancourt, died far from her natal soil, which was occupied at the time by the United States. Seventy-seven years later, her ashes were brought to Cuba and deposited, with well-deserved honor, in the mausoleum of the Cuban Revolutionary Armed Forces, before finally being placed in the mausoleum raised to her memory in Guáimaro.

Of her Carlos Manuel de Céspedes, the Father of the Homeland, said: “A woman, ahead of her century, asked for the emancipation of the woman in Cuba.”

Women like Ana multiply in Cuba; imperishable examples have remained in the history, which together with her progressive dreams have also defended the inalienable rights of the woman.

Since the victory of the Socialist Revolution in January 1959, Cuban women have been present in all fronts: occupying management positions in the different political, labor and social organizations and in departments, as well as fulfilling diverse and dissimilar tasks in health, education, art, sport and agriculture, among other areas.

They grow bolder day after day, raising higher the example of the charisma and the tireless labor of these “Marianas,” who hoist the flag in defense of all the principles to which women have the right as tireless fighters for the solidarity and the unity of the people.