Feb. 14 — Rick Snyder ran for Michigan governor in 2010 on the slogan “one tough nerd.” With no political experience, the Republican venture capitalist and former Gateway Computer CEO used his millions to outspend his opponent. Now, mass protests are calling for his arrest. Neither his nerdy toughness nor his personal fortune can pull him out of his current political crisis: the Flint water scandal. 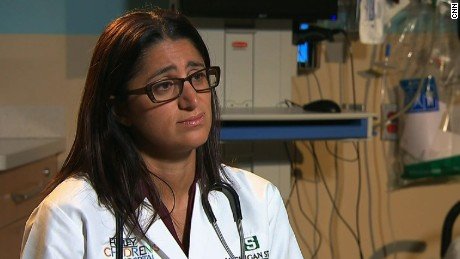 The public has obtained access to 24,000 pages of emails and other communications, released under the Freedom of Information Act, between federal, state and Genesee County agencies. These records form part of a mountain of evidence against the state, whose officials repeatedly ignored Flint residents’ complaints about medical problems and water quality. Potentially life-saving information, not only about lead in the water but of a deadly Legionnaires’ disease outbreak, was deliberately suppressed.

On Oct. 17, 2014, Susan Bohm of the state Department of Health and Human Services wrote that Liane Shekter-Smith, chief of the state Department of Environmental Quality’s Office of Drinking Water and Municipal Assistance, reportedly told Bohm, “There have been numerous complaints about the Flint water, that the Governor’s Office had been involved and that any announcement by public health about the quality of the water would certainly inflame the situation.” That same month, after General Motors found an alternate water source because Flint water was corroding parts at its engine plant, DEQ district engineer Michael Prysby wrote, “I stressed the importance of not branding Flint’s water as ‘corrosive’ from a public health standpoint simply because it does not meet a manufacturing facility’s limit for production.” (Detroit News, Feb. 12)

From April 2014, when Flint disconnected from Detroit’s water system, to October 2015, when Gov. Snyder ordered Flint to go back to Detroit water, his appointees at the DEQ insisted Flint water met federal standards and was safe to drink and wash with.

Flint skipped a standard treatment practice of adding anti-corrosive phosphates to the water. Phosphates effectively coat the pipes, preventing toxic metals such as lead, copper, aluminum and chromium from leaching into the water. For months, the state blew off Environmental Protection Agency officials urging Flint to add anti-corrosives.

Penny-pinching austerity by the capitalist state exposed the entire city — including 27,000 minors, a third of them six or younger — to lead and other toxins. For months the EPA’s Miguel Del Toro fought to get his findings on the water’s high lead levels taken seriously — not only by the DEQ but by some higher-ups in his agency.

The Legionella outbreak, which coincided with Flint’s decision in April 2014 to disconnect from Detroit’s water and get water from the Flint River, was only made public a few weeks ago on Jan. 13. Gov. Snyder claimed to have learned of the 87 cases, nine of them fatal, two days earlier. The first Legionnaires’ case was discovered June 6, 2014. After 45 cases and five deaths, in March 2015 federal EPA officials held a conference call about the outbreak. Emails indicate they were told by state officials that the situation would be made public. It was not. Two months later, a state health official told the Centers for Disease Control that “the outbreak is over.” Another 42 cases and four deaths followed. According to former Genesee County health supervisor Jim Henry, the state told the CDC not to investigate. Families of the deceased are suing the DEQ.

Among the volumes of emails are communications between Flint and the Detroit Water and Sewerage Department that expose the lie that the switch to the heavily polluted Flint River — carried out by the governor-appointed dictator, Emergency Manager Darnell Earley — was necessary to save money.

The ‘new normal’ — no end to the pain

Dr. Mona Hanna-Attisha, the whistleblowing pediatrician who exposed elevated lead levels in Flint children, is studying the metal’s impact on children whose mothers ingested Flint water while pregnant. She is looking into a possible spike in miscarriages, stillbirths and low birth weights, which lead exposure can trigger.

“They killed my babies,” said Nakiya Wakes. “They knowingly poisoned the whole city of Flint.” She lost both twins she was carrying after drinking Flint water. One day after the second miscarriage, she received a letter advising pregnant women not to drink the city’s water. Researchers are finding that lead exposure during pregnancy changes DNA, even in the exposed mother’s grandchildren. (abc12.com, Feb. 12)

There is no degree of normalcy in this poor city. Parents, now dealing with their children’s learning and behavioral disabilities caused by lead, plan meals around how much water they have on hand; a short supply means no soup or pasta. They weigh the cost of bathing in bottled water against the health consequences of using tap water. Families have lost beloved pets that drank the poison water. Churches cannot conduct baptisms. “My students cannot even walk to a nearest fountain to quench their thirst. This has become their new normal,” Flint School Superintendent Bilal Tawaab told a congressional committee.

Every Feb. 11, United Auto Workers members gather at a Flint union hall to commemorate the victory of the 1937 sit-down strike that forced General Motors to recognize the union. They enjoy bean soup from a strike kitchen recipe. This year, cooks could not use tap water to make the soup.

The governor and his cronies must face justice. The state and federal governments must produce the funds to address the medical crisis in Flint and to repair the water infrastructure top to bottom. The residents of Flint are due reparations. Not only the capitalist state but also General Motors and the banks — the ones who made Flint cash-starved to begin with — must pay for this genocidal mass poisoning.