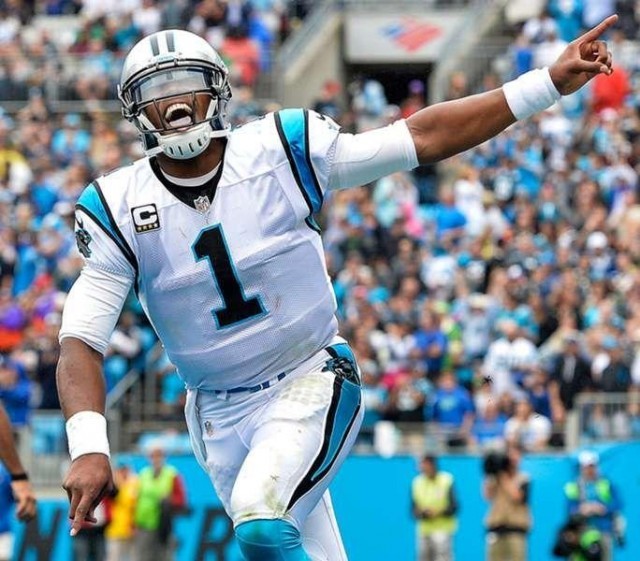 Cam Newton is the sensational 26-year-old quarterback for the Carolina Panthers, the team representing the National Football Conference in the 50th Super Bowl.  The opposing team will be the Denver Broncos, representing the American Football Conference. The annual Super Bowl, which determines the champion of the National Football League, is the most popular one-day sports event played in the United States, viewed by hundreds of millions on a global scale.

Newton has come under unprecedented scrutiny from the mainstream media.  Why? Not because he won the prestigious Heisman Trophy award five years ago as the best college football player, not because he led the Auburn Tigers to the National Collegiate Athletic Association Division I championship in 2010, and not because he is the perennial favorite to win the NFL’s Most Valuable Player award for the Panthers 15-1 regular season record this year.

Newton has been recently targeted by the media for being too “polarizing” and for “playing the race card” for proudly saying that he is an African-American quarterback, something that “no one can compare me to.”

If Newton played any other position, he would not be receiving so much attention, but the quarterback position is the most visible and prestigious in college and professional football. The quarterback is the face of the entire team.

Since the founding of the NFL in 1920, the vast majority of NFL quarterbacks have been white, due to racial segregation, a reflection of U.S. capitalist society.

Many Black quarterbacks who preceded Newton, including Warren Moon, Randall Cunningham, Doug Williams, Steve McNair and Joe Gilliam, were expected to carry themselves on and off the field in a manner that was characterized as “nonthreatening” and “nonoffensive” in the eyes of white fans and media.

Black quarterbacks were described by most white sports commentators as possessing “athletic” abilities, not “intellectual” ability.  Of course, this was nothing more than white supremacy. Newton has shattered this racist myth like no other due to his exciting, brilliant skills as a passer and runner and by calling plays.  At six-foot-five and 245 pounds, he’s built like a defensive linebacker.

Newton has without apology created so much exuberance with his joyous dancing, especially the popular dabbing motion in the end zone, and by giving away footballs to children in the stands after every Panther touchdown. His personality has also carried over to his teammates.  The Panthers’ coach, Ron Rivera, who is Latino, has defended Newton’s actions in press conferences.

These actions have drawn negative criticism against Newton for being too “individualistic” and “only bringing attention to himself,” although some of the most prominent white quarterbacks, like Aaron Rodgers and Tom Brady, carry out their own celebrations with general acceptance and little fanfare.

Despite these racist attacks against Newton, millions of Panther fans, not just in North Carolina but also throughout the U.S. and the world, are his fans.

Whether the Panthers win or lose the Super Bowl, Cam Newton is being touted as the new face of the NFL because he is revolutionizing the quarterback position with a hip-hop attitude.

Moorehead is the U.S. presidential candidate of Workers World Party.