Durham, N.C. — The glaringly racist barrage regarding the on-the-field celebrations and cultural norms of Carolina Panthers quarterback Cam Newton remind me a lot of the old critiques of ground-breaking Black athletes: Muhammad Ali, Jack Johnson, Jim Brown, Tommy Smith and John Carlos. It reminds me even more of the current critiques of worldwide tennis icon Serena Williams — too Black, too cocky, too confident, too good to be true. It’s too bad that so many in the U.S. still think and operate through a white supremacist assimilationist lens. It’s so obvious, it doesn’t make any sense. To declare that the current debates around Cam Newton’s post-touchdown dancing and on-the-field celebrations have nothing to do with race is an outright lie, a denial of the very fabric that created this country: slavery, racism, genocide. 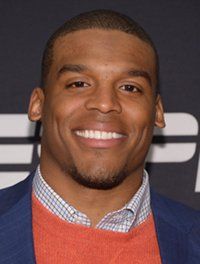 As conservative commentators and opposing fans have critiqued Newton’s “dancing,” let us not forget the historical dynamics here. When Black men and Black women were forced to “coon” dance for nickels and dimes in vaudeville and “black face” shows just to survive, it was just fine. As a Black athlete or entertainer, as long as you “stayed in your place” you were all right. They would prop you up and give you some token Negro power. And every now and then, they even paid you well. But dare to be confident, and they’ll tear you down. They’ll pick and poke from any hole they can find.

While Cam Newton is currently being pinned the “poster boy” of “egotism, arrogance and poor sportsmanship,” ironically, the U.S. government continues to bomb innocent civilians all over the world; corporations continue to rob the poor; and police continue to terrorize Black, Brown and Indigenous communities. Maybe greed, violence and imperialism aren’t considered “poor sportsmanship” anymore.

Among all the many voices and comments I’ve seen, heard and read regarding Newton’s on-the-field enthusiasm, the former Pittsburgh Steeler and current ESPN analyst Ryan Clark said it best: “Here’s why he [Cam Newton] rubs you the wrong way, because you don’t understand it. Because for so many years Black quarterbacks didn’t have to conform to a way of playing quarterback, they had to conform to a way of behavior.”

As Clark further explained on an ESPN morning show: “He’s disliked because it’s culturally hard to understand for most people. Russell Wilson doesn’t have the hip-hop culture. [Hip-hop artists] Young Jeezy and Future aren’t going to Russell Wilson games. For the Caucasian fan, for the fan who doesn’t understand that culture, Cam Newton’s culture is too young, hip-hop, too young brown.” (espn.com)

Personally, I’m glad Cam Newton isn’t some assimilationist token Negro. If Cam’s dancing and “culture of confidence” make you sick, chances are you’re the disease; not him. All I want for Cam Newton, and any other African American for that matter, is for them to be free to be themselves, to be proud of how far we’ve come — and yes, to be confident in that. And that’s just the beginning of what liberation looks like. Truth is, as the struggle for Black Liberation continues, we’re going to need that bold Black confidence. Stay grounded, but be yourself, Brother Newton.