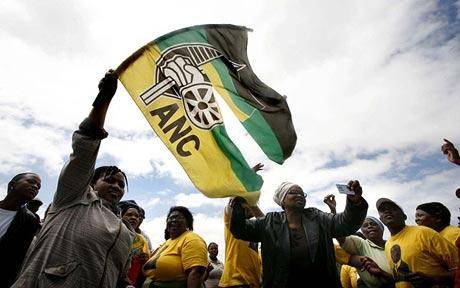 Several developments in South Africa over the last few weeks have brought to the fore the ongoing unfinished quest for national liberation and economic justice.

A social media post by Penny Sparrow, a real estate agent and member of the opposition Democratic Alliance party, denigrating Africans went viral and ignited a discussion on the need for stiffer laws against hate speech.

Sparrow referred to the majority African population in the postapartheid nation as “monkeys.”

Sparrow decried the policy of integration, where all residents of and visitors to the Republic of South Africa, under the leadership of the ruling African National Congress party, are allowed to enjoy beaches and other public areas of the country. Sparrow revealed the continuing racist sentiments of many whites, particularly those who constitute the actual leadership of the DA. This party holds second place among the political parties in the South African parliament in Cape Town, having gained 22 percent of the vote in the 2014 national elections.

In response to the furor generated over these statements, the DA announced the expulsion of Sparrow, saying there was no place for racists within their party. The DA’s KwaZulu-Natal provincial leader, Zwakele Mncwango, stressed in a press release: “I can confirm that Penny is no longer a member of the DA and after serving her suspension last week I can confirm that she resigned this morning.” (Eyewitness News, Jan. 8)

Sparrow is also facing criminal charges, and will have to appear before the South African Human Rights Commission and the Estate Agency Affairs Board. Human Settlements Minister Lindiwe Sisulu instructed the board to initiate a probe. In addition to these developments, Sparrow’s former bosses at Jawitz Properties will be pursuing legal action against her.

These racist comments were not the only ones gaining attention in South Africa in recent weeks. According to Eyewitness News, “The SAHRC is also investigating after concerns about racist comments made by Sparrow as well as economist Chris Hart and Justin van Vuuren on social media in recent days, saying further legal steps could be taken against all three.”

This discussion arose amid the commemoration surrounding the 104th anniversary of the ANC’s founding on Jan. 8. This liberation movement turned political party is the oldest such organization on the continent.

Tens of thousands of people attended rallies and other celebrations throughout South Africa to mark this date when the party was formed at the height of European colonial rule in Africa in 1912. In five consecutive national elections since 1994, the ANC has won well over 60 percent of the vote.

The largest opposition party to emerge since the democratic breakthrough of 22 years ago has been the DA. In an effort to obscure its racist, neoliberal and imperialist agenda, the DA uses various strategies to recruit and promote Africans.

In early 2014, the DA attempted to stage a march on ANC headquarters in Johannesburg, but was rebuffed by thousands of ANC supporters who were mobilized to defend the party offices. DA criticisms of the ANC in parliament are clearly designed to agitate for the return of the system of white supremacy and a close alliance with the imperialist states.

South African President Jacob Zuma said in an address before ANC anniversary celebrations in Rustenburg in the Northwest province, “Economic freedom must become a reality in our lifetime. The ANC has long set out to place our economy on a new growth path that will deracialize the economy and make a fundamental break with the ownership patterns of the past.” (Bloomberg, Jan. 9)

During the same speech Zuma also demanded that the ANC be given “space to govern” in light of recent calls by the DA and other opposition forces for his resignation. He also derided the factionalism that has begun to plague the party and the Tripartite Alliance of the ANC with the Congress of South African Trade Unions and the South African Communist Party.

Condemning what he characterized as “obstructions to government,” Zuma emphasized, “You can’t lose elections and hope to interrupt and obstruct the government that has been elected by the people through taking every issue to court or disrupting Parliament. The party that wins elections must be given space to govern. The ANC must be given space to govern — this is the fundamental basic principle of democracy and is practiced throughout the world; that is why it is called majority rule.”

Warning that those fomenting divisions will not be tolerated, the president said, “Tendencies such as factionalism, careerism, gatekeeping, arrogance of power patronage — have no place in the ANC. We also wish to remind those who continue to perpetuate division and counterrevolution within our movement that there is no place for them.”

Like many so-called “emerging economies,” South Africa’s is experiencing a crisis due to the decline in commodity prices and the ongoing dependency upon the world system dominated by capitalist modes of production and relations. The continuing depressed value of the national currency, the rand, the rise in joblessness and low wages has triggered various responses, including an apparent right-wing demonstration in December demanding the resignation of President Zuma.

On Jan. 11, there was yet another decline in the value of the rand on international currency markets. This continues a pattern begun during 2015 that precipitated a change in finance ministers twice within the course of a few days during December. This instability in the finance portfolio was credited with a previous drop in the currency value.

An article published by Newscom.au on Jan. 11 reported, “The rand fell more than 9 percent to 17.9950 against the U.S. dollar, by far its weakest level on record, on fears that China wants to weaken its currency aggressively and boost its export competitiveness. The South African unit had recovered somewhat to 16.6500 by 0220 Tuesday AEDT [Jan. 12], but was still down two per cent from Friday’s close. It was the weakest performer in a basket of 25 emerging market currencies tracked by Reuters.”

Zuma said in response to the decline that it was an overreaction to overall developments in the global economy. Some market analysts echoed this assessment, although such a phenomenon does not bode well for the immediate future of the country.

Other factors involving relations with the U.S. based on the Africa Growth and Opportunities Act have played a role in the economic insecurity of the country by holding up the renewal of South Africa’s eligibility in the program, which was established under the Bill Clinton administration in 2000. An announcement was made recently that the outstanding issues related to the refusal of South Africa to accept certain meat products due to health concerns had been resolved.

South African Minister of Trade Rob Davies revealed on Jan. 9 that an agreement had been reached to allow the importation of the meat products in question. Nonetheless, U.S. Trade Representative Michael Froman said while Washington welcomed the progress made in resolving the outstanding technical issues, the real measure of the resolution would be based on the ability of South African consumers to buy these meats in domestic outlets.

The Obama administration had threatened on Jan. 4 to suspend South Africa from the trade agreement. The AGOA was reauthorized by the U.S. Congress in June. The act eliminates import taxes on more than 7,000 products ranging from textiles to manufactured items in 39 African nations.