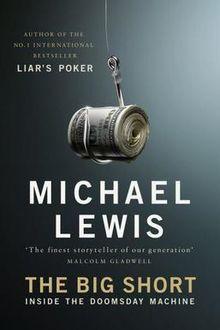 “The Big Short” is a true crime story, a heist movie about the housing bubble built on subprime loans that crashed in 2007-2008.

Adam McKay, the director of “The Big Short,” deliberately uses outrageous scenes to explain the Wall Street “constructs,” perhaps a better word would be “obfuscations.” These explanations are necessary to understand the tale of the small band of Wall Street operators who saw the housing crash coming and figured out how they personally could profit from it.

He also breaks the “fourth wall,” having actors face the camera and speak directly to the audience about the events. They let the viewers know if what is happening on screen didn’t really exactly happen that way. Or, worse yet, if it did.

The movie uses a model/star named Margot Robbie in a bubble bath to define mortgage securities. Later, the singer Selena Gomez, with the assistance of the economist Dr. Richard Thaler, stands at a blackjack table to describe collateralized debt obligations and then goes on to describe synthetic CDOs.

Synthetic CDOs are bets on bets. In the housing boom preceding the bubble burst of 2008, these were built up layer upon layer. It was possible to start with an actual mortgage pool of $50 million and build this up to a $1 billion synthetic CDO. And it was far easier and more profitable to speculate on this froth than to go out and find land, materials and workers to build housing, which might not be sellable, anyway.