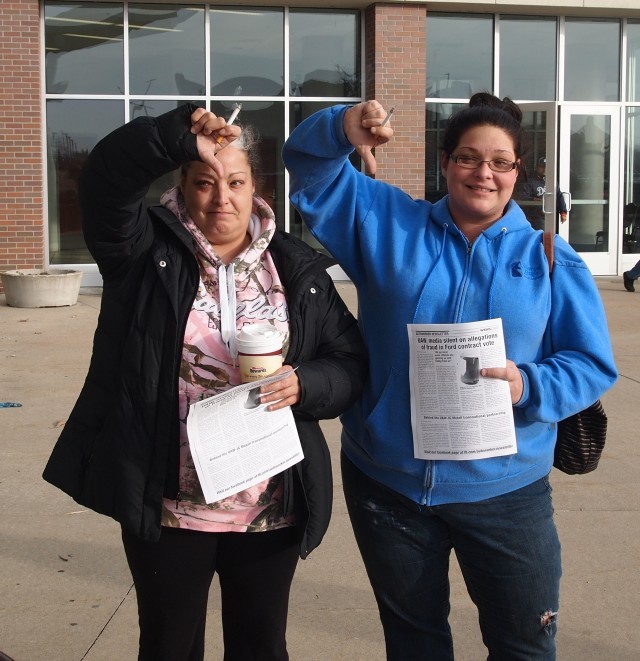 Detroit — As the clock struck midnight on Dec. 8, members of United Auto Workers Local 699 at auto parts supplier Nexteer began streaming out of the plant and heading to the picket lines. The strike began after workers at the plant, in Buena Vista, Mich., voted a whopping 3,103 to 80 against a new contract that maintained a multitier pay scale and kept everyone’s wages low while increasing worker health care costs.

Some Nexteer workers make as little as $12 an hour on physically demanding and mind-numbing repetitive jobs. They say they went on strike because their pay is too low to support a family. Increased health care premiums would wipe out the small raises in the contract.

The plant, where workers make steering components, was originally part of General Motors and then became a Delphi plant when GM spun off its parts division. Wages fell under the 2007 contract negotiated during the Delphi bankruptcy. GM then took the plant back from Delphi but the workers were not brought under the UAW-GM master contract; wages were kept below what most GM workers make. Then, to allow the plant to be bought by Nexteer and avoid a plant closing, the UAW agreed to let Nexteer cut wages again and have an even lower wage for future hires.

“We’re making history right now. We’re standing together as a union,” striker Marcus Bush told ABC News on Dec. 8. The strike was effective, causing GM to cancel a shift at one of its assembly plants. The strike ended after 20 hours when Local 699 announced a new, better contract. Workers will vote on the new agreement on Dec. 17 and 18. This contract has bigger raises and bonuses, eliminates temporary worker classifications and does not increase worker health care contributions. However, it maintains a multitier pay structure. The top rates still fall far below what a GM worker makes.

It is possible that the second contract will also be rejected. Whichever way the vote goes, this strike — which follows the resistance to two-tier contracts at Ford, GM and Fiat Chrysler and a monthlong UAW strike against two-tier at Kohler — demonstrates that autoworkers are part of the global resistance to the low wages that have fueled the recovery for the capitalists.