A “March for Justice” rally was held Nov. 20, marking the one-year anniversary of the killing of Akai Gurley, a 28-year-old Black man, by Peter Liang, a New York City rookie police officer. 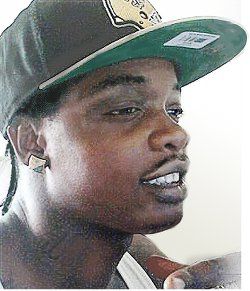 Gurley and his companion were leaving her building via the stairs in the Louis H. Pink housing development in Brooklyn where she lived. The elevator was broken. On the seventh floor landing, officers Liang and Shaun Landau entered the stairwell which did not have lights, where Liang shot Gurley. Gurley stumbled down two flights, where he fell and bled to death while Liang phoned the so-called police “union” to discuss his rights. Not until after that did he call 911 to report the shooting.

One year later at the building where Gurley was shot, approximately 150 supporters held a rally and march. Family members were present, including Akai’s stepfather and tearful mother, Sylvia Palmer, who spoke. They traveled 16 hours from Jacksonville, Fla., to be there. Gurley was planning to visit her around the time of his murder. Also present were Gurley’s mate, holding their child. Mourners were surrounded by groupings of top-brass cops in an “us vs. them” stance.

The march was organized by the Answer Coalition and Justice for Akai Gurley Family (facebook.com/AkaiGurleyFamily). Allied organizations, including the International Action Center and Peoples Power Assembly, were there with signs, banners and chants, as were Fordham University students, an Asian Black Lives Matter group, Cop Watch and individual activists against police brutality.

Parents and families of Stolen Lives — whose sons and daughters were killed by the cops and who in their pain have been in the streets relentlessly struggling for justice for their loved ones whose lives were stolen from them — were present. Some media were there.

Among the speakers was Nicholas Heyward, who spoke about his 13-year-old son, Nicholas Heyward Jr., who was shot and killed by a rookie cop in 1994 in a Brooklyn housing development. Parenthetically, it was stated that NYC public housing projects/developments are built like prisons, where cops invade Black communities.

In 1994, District Attorney Charles Hynes never investigated the Heyward shooting and refused to bring the case to a grand jury, claiming the shooting was justified. Current New York Police Department Commissioner Bill Bratton, who was also commissioner back then, has referred to both shootings as a “tragic accident.” Bratton has stated he has not spoken to Officer Liang since the Gurley shooting.

‘Maintain pressure in the streets’

Charles Barron, State Assembly member, and Inez Barron, City Council member, were also present. Inez Barron told WW, “It was important for us to be there with the family and community on the occasion of the anniversary of the NYPD murder of Akai Gurley and during the upcoming trial. It is also important to maintain pressure in the streets to ensure that this issue stays alive in the minds of the officers and everyone else.”

She added, “Officer Liang needs to feel the full impact and consequence of his action, which resulted in the violent death of a person. Violent police procedures resulted in Gurley’s death. There’s no question about the fact that justice needs to be done.”

Officer Liang, who now has a new lawyer, has been charged with manslaughter. His trial is scheduled for January 2016. A conviction is what the family and supporters are demanding.

Other speakers during the rally emphasized that Gurley’s murder was not an isolated incident; cops kill Black people almost daily; these deaths are not accidents; cops don’t respect or protect us; they see us as animals, not human beings; the NYPD is a murderous institution; cops operate under white privilege, and Black cops are under their power; Black cops not in uniforms have been murdered by “friendly fire” from racist white cops; and it is the cops who are dangerous.

Also stated at the rally was that Commissioner Bratton’s “broken windows” policy should not be funded out of our taxes and our pockets.

The evening ended with a powerful statement: that everyone has a duty to stand in solidarity with the family, to organize and to mobilize. And that family and supporters will be here again for next year’s anniversary, even if there are only a handful of people. The emphasis was that we’re all one family, we need to be fighters, and we have lots of work to do. Justice happens in the streets, not in the courtroom.

Racism is the disease. Revolution is the cure!