Nov. 30 — A second terrorist attack in the same week occurred in the United States on Nov. 27, just four days after masked racist terrorists shot at Black Lives Matter protesters in Minneapolis, wounding five African-American men. The victims were just outside the Fourth Precinct, where a continuous protest has been taking place since the killing of Jamar Clark, 24, by Minneapolis cops on Nov. 15. 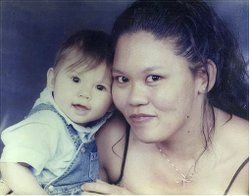 Right-wing terrorists this time aimed their guns at a Planned Parenthood facility in Colorado Springs, Colo. The alleged “lone” gunman, armed with an AK-47, killed three people and wounded nine others in an over-five-hour standoff with police.

The dead are Jennifer Markovsky, 36, a Hawaiian mother of two, who was accompanying a friend to the clinic; Ke’Arre Stewart, 29, an African-American father of two and an army veteran; and Garrett Swasey, 44, a white police officer at the University of Colorado, Colorado Springs and also a father of two. 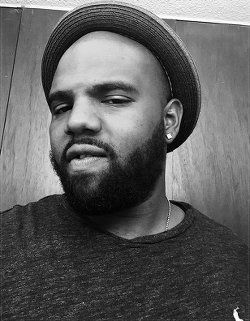 Although one cop was among the dead and five were among the injured, the 57-year-old shooter, who eyewitnesses say carried out the deadly attack, surrendered to police and was taken into custody without incident. How could this be when the gunman carried out a deadly rampage, but unarmed Black youth are regularly gunned down by cops?

Was he a terrorist from another country, like we’ve been warned about so often? Was he one of the migrants that the U.S. and other racist imperialist countries are turning away and warning us to be suspicious of? Certainly a “takedown” like that would be broadcast far and wide with vitriolic, racist commentary. Most likely, the alleged perpetrator would have been shot and killed.

The terrorist in Colorado Springs was a white male, Robert Lewis Dear. Whether or not he acted alone is not the primary question. Dear, like others who espouse white supremacy and male supremacy, was given a green light to carry out his terror attack by the highest echelons of Wall Street and its political puppets.

The unrelenting, unscientific, anti-woman campaign to defund and shut down Planned Parenthood, an unabashed abortion and health care provider to millions of low-income women and men, is what gave Dear the impetus to carry out this deadly rampage. (See “Stop the war on poor women,” Sept. 17, by Sue Davis and  “Defend Planned Parenthood from right-wing attacks,” Oct. 9, by Kathy Durkin at workers.org.)

Vicki Cowart, president and CEO of Planned Parenthood of the Rocky Mountains, said in a statement that “eyewitnesses confirm that the man … was motivated by opposition to safe and legal abortion.”

This right-wing ideological campaign is based on racism and sexism, two giant pillars of capitalism, and has given obvious encouragement to racist and fascist elements across the U.S. to plan and carry out domestic terrorist attacks. The capitalist-owned media, like the paid hypocrites and liars they are, save the words “terrorist” and “terrorism” for the oppressed, instead of the white men who carry out these atrocities.

‘Weapons of war,’ the new ‘normal’

The ruling class, desperate to destroy growing unity among the working class under the leadership of the most oppressed, has even allowed the racist likes of multibillionaire Donald Trump to become a so-called “serious” contender for the Republican presidential nomination. Not because they think this bellicose racist can win, but because whipping up racism, sexism, ableism, anti-immigrant, anti-migrant, anti-lesbian-gay-bisexual-trans*-queer and every other kind of bigotry is exactly what the capitalist class needs at this moment in history. (Trans* is used with an asterisk to indicate the spectrum of all the different genders of people who do not conform to the either/or of male/female.)

President Barack Obama issued a statement Nov. 28 on the Planned Parenthood attack, which stated in part: “This is not normal. We can’t let it become normal. If we truly care about this — if we’re going to offer up our thoughts and prayers again, for [who] knows how many times, with a truly clean conscience — then we have to do something about the easy accessibility of weapons of war on our streets to people who have no business wielding them.”

Colorado Springs is a reactionary military town, home of the U.S. Air Force Academy and command center for North American Aerospace Defense (NORAD), the Pentagon’s missile operations center. Besides Fort Carson, Peterson and Shriever Air Force bases and high-level operations centers are located there. The Pentagon trains some of its deadliest killers in Colorado Springs.

The town is also the U.S. epicenter for reactionary evangelical Christians, who totally oppose abortion rights, many types of birth control and general rights for women. So many national evangelical groups are headquartered there that Colorado Springs has earned the nickname America’s Evangelical Vatican.

It should be no surprise that “weapons of war” — firearms and other deadly devices — are “normal” in U.S. “civilian” capitalist society. First and foremost they are utilized by the capitalist state — the military, the police and the military-industrial-prison complex. An anti-gun campaign is not the answer to right-wing attacks. Especially now, the oppressed have the right to arm themselves, the right to self-defense, just like abortion providers who don bullet-proof vests, carry guns and take whatever measures they deem necessary to protect their patients, staff and themselves.

The terrorism aimed at Black Lives Matter and Planned Parenthood is meant to strike fear into the heart of activists and to diminish the fighting spirit of those on the front lines against police killings and terror and against attacks on women’s right to reproductive justice. It is meant to tell activists fighting for a union and $15 minimum wage that they could be next.

But so far, this strategy has failed. Led by youth and women of color, the Black Lives Matter and other movements show no signs of backing down. It is the police, the military and their racist supporters who must put down their weapons against the oppressed here and worldwide.