Oct. 19 — In every single part of Palestine — from the West Bank and Jerusalem to Occupied Palestine since 1948 — the most recent phase of the resistance to occupation and racism has impacted the Zionist settler population with fear and apprehension.

Self-sacrificing Palestinian youths armed only with knives and determination have let the settler population know that they can no longer hide in their shopping malls, trendy downtowns with al-fresco dining and 24-hour cable-TV mindsets. 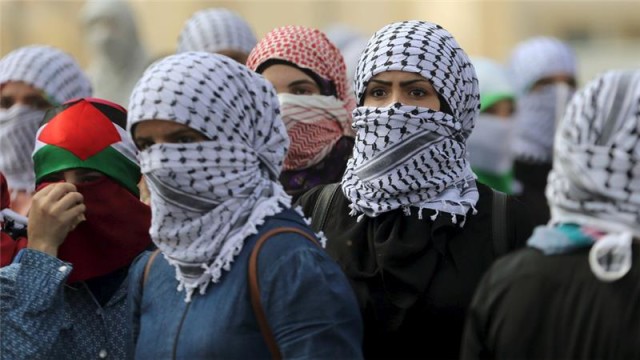 The Israeli settler population now finds itself in the same psychological place as the plantation class in Southampton County, Va., in 1831 when Nat Turner led a slave rebellion.

Despite an estimated total of over $137 billion in direct U.S. aid in the form of military and economic grants since 1949, and with at least $3.74 billion paid out in 2015 (Washington Report on Middle East Affairs, October 2015), the so-called “State of Israel” still has no answer to Palestinian resistance and steadfastness.

The Lockheed Martin F-16 Fighting Falcon does not work in Jerusalem alleyways. The Merkava Mark IV battle tank, with its German MTU Friedrichshafen-designed diesel engine, doesn’t operate inside a Beersheva bus station. And cruise-missile-carrying, Dolphin-class submarines built in Germany offer no protection to Israeli settlers swimming and sunning on the beaches of Tel Aviv.

Euro-Mediterranean Human Rights Monitor has just issued a report titled “Israel’s Arbitrary Killings and Its System of Structural Violence.” It documents how Israel routinely violates the Geneva Convention and is guilty of war crimes. For example: “On July 23, Israeli forces killed Falah Hamdi Zamel Abumaria, 53, from the village of Beit Amr in Hebron. Soldiers stormed his house to detain his son, Muhammed; when they shot the younger man, Abumaria panicked and threw a pottery vase at the soldiers from his balcony. The soldiers responded by firing three live bullets at his chest.”

This is why 16-year-olds attack settlers with knives.