Supporters of Justice for Yuvette Henderson returned to the Emeryville City Council on Oct. 6 to hear about and respond to the police chief’s report on policing. This report was requested by the council in response to demands, raised by more than 30 community members in September, for demilitarization of the Emeryville Police Department. Henderson was killed in Oakland, Calif., on Feb. 3 by police using firearms, which included an AR-15 military-grade assault rifle. Henderson died of multiple gunshot wounds. 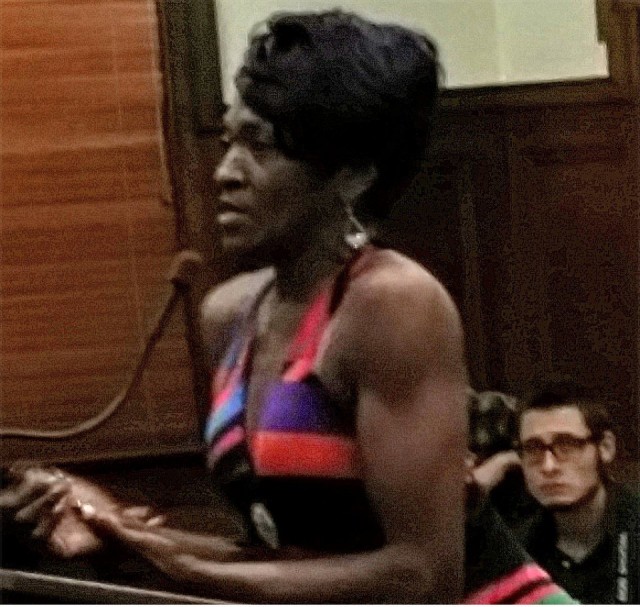 Police Chief Jennifer Tajada and former interim chief Dave Hall gave presentations which were essentially textbook “dog-and-pony” talks with broad generalities about what “community policing” should look like. Neither one addressed any actual details about the use of force by Emeryville police or about the killing of Henderson.

Several commu­nity members addressed the council after the presenta­tions, de­mand­ing real information about the record of the EPD’s use of force and calling for its ­demilitarization. Among the speakers was Antrinette ­Jenkins, Henderson’s sister, who spoke about the pain her family is still dealing with at the loss of the life of their beloved relative.

Yuvette Henderson, a 38-year-old African-American mother of four and grandmother of one, was killed by Emeryville police officers Michelle Shepherd and Warren Williams. An employee at the Emeryville Home Depot had accused her of shoplifting. Henderson sustained a head injury at the hands of the store’s security guard and requested an ambulance. When police arrived instead of an ambulance, she fled to Hollis Street, just inside Oakland city limits. There, police shot and killed her.