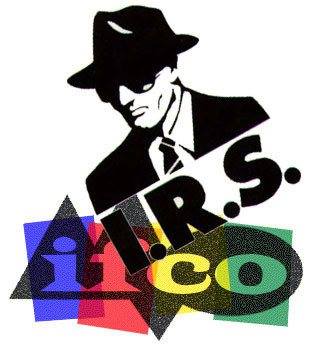 The Interreligious Foundation for Community Organization needs your support and action to turn back a politically motivated attack using the Internal Revenue Service. IFCO is widely known for its Pastors for Peace Friendshipment Caravans, which have delivered humanitarian aid challenging the U.S. blockade of Cuba since 1992 — a unilateral blockade rejected by the majority of United Nations countries in annual votes since 1992. The decision is expected at any time, so IFCO urges immediate action. Updates and tools, including fax, phone and email contact information for IRS Commissioner John Koskinen and Secretary of the Treasury Jacob Lew, are at ifconews.org/irs-plans-to-strip-ifco-of-its-tax-exempt-status.

After more than five years of investigation and appeals, IFCO was told the U.S. Internal Revenue Service plans to strip this longtime Civil Rights organization of its tax-exempt status. According to an Oct. 1 letter from IFCO’s attorneys, this action is based on “a unilateral determination by the IRS revenue agent that Pastors had violated the Cuba embargo and thus the Trading with the Enemy Act.” In the 24 years of IFCO’s Pastors for Peace Friendshipment Caravans to Cuba no enforcement action was ever taken against IFCO by either the Office of Foreign Asset Controls, which administers and enforces U.S. economic sanctions programs, or the IRS itself. So it is a case of punishment without due process.

Injury to one, aimed at all

IFCO’s Oct. 3 press release states: “IFCO is one of the nation’s oldest, faith-based civil rights organizations and the first ecumenical foundation founded by and for people of color. IFCO administers the Latin American Medical School scholarship program, which brings U.S. students to Cuba to study medicine for free. More than 25,000 students from around the world have graduated from the Cuban medical school, including 134 from the U.S.”

IFCO’s support for the U.S. medical students in Cuba was expressly cited in the IRS recommendation against IFCO, saying that conveying small financial donations from families to their students violated the blockade. How much more difficult would it be without IFCO for OFAC-licensed students and their families to take advantage of this full scholarship program, which is providing debt-free doctors in underserved U.S. communities.

“The attack by the U.S. government to rescind our non-profit status is shocking and makes no sense in light of the significant moves of both the Obama and Castro administrations to normalize relations between our two countries,” said Gail Walker, executive director of IFCO, in the Oct. 3 press release.

“We need our friends in Congress, the American public and especially the diverse faith communities that we represent to tell the IRS to stop bullying IFCO and allow us to continue our lifesaving, humanitarian work. Our faith and conscience calls us to do this work, and we should not be punished for helping the people of Cuba,” concluded Walker.

LaBash is a co-chair of the National Network on Cuba.