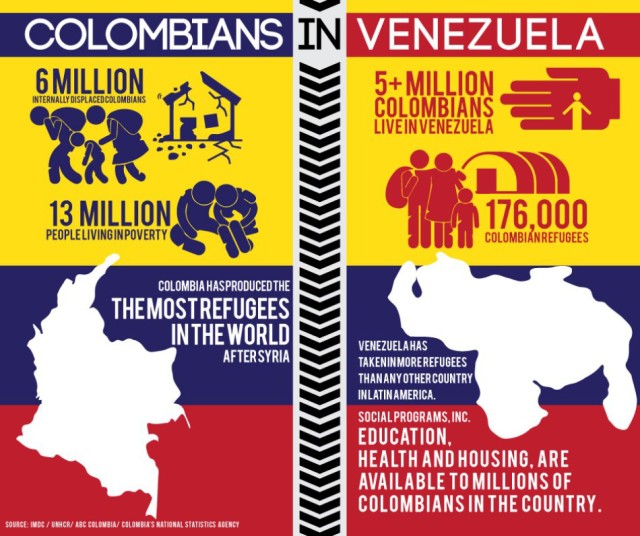 Venezuela has offered asylum to 20,000 Syrian refugees. President Nicolás Maduro, head of the revolutionary Bolivarian government, made the announcement on Sept 7. Nearly 11 million Syrians — almost half of the population — have been displaced by war: 6.5 million internally, while 4.1 million have fled the country. (CNN, Sept. 11)

Syrian refugees are part of a global emergency in which millions of people are being displaced by the wars and crises of a failing capitalist economic system. The great majority of recent refugees are Libyans and South Sudanese from Northern Africa, Syrians and Iraqis from the Middle East, and Afghans from Central Asia.

These refugees are fleeing areas where the United States has either invaded militarily or waged indirect war through proxies. The U.S. has also fomented covert destabilization through sectarian fighting, arms shipments and sending military “advisers.” These areas are all important to U.S. corporate interests intent on exploitation and profit.

The U.S. has admitted only 2,000 Syrian refugees this year. All are subject to stringent medical and security checks for “terrorism” that take up to two years to complete. The FBI and other state security groups also track the refugees using the acquired “biographical and biometric information.” (New York Times, Sept. 10)

Venezuela is not only offering to provide safety for refugees created by U.S. wars halfway across the globe. The revolutionary country is already home to more than 175,000 Colombian refugees.

According to the Sept. 14 Latin American Herald Tribune, Mohammed Alwash, of the U.N. High Commission on Refugees, praised Venezuela for its “generosity” in taking in Colombians fleeing the violence in their own country. The UNHCR profile on Colombia says that “widespread security risks and violence, the forced recruitment of children and youth, sexual and gender-based violence (SGBV), threats, disappearances and murders continue to occur.” ­(tinyurl.com/qa9t2v6)

United States business interests have historically backed Colombian right-wing military and paramilitary death squads that carry out systematic terror against workers and communities in the country. Particularly targeted are workers who organize in industries dominated by U.S. corporate interests, such as mining, oil, coal, flowers and bananas.

At one point, four out of every five labor unionists murdered in the world were in Colombia. Legal charges have been brought in the U.S. against Coca-Cola and Drummond Coal for hiring paramilitary squads to intimidate, torture and assassinate workers in the Colombian branches of their businesses.

Fomenting war and terrorism by the U.S. in Latin America has continued with the establishment of seven U.S. military bases in Colombia. One is being developed as the new “School of the Americas,” reported the Sept. 10 Workers World. Its purpose is to train police and military forces in repression, torture and special operations covert actions.

Wall Street can move capitalist money across national borders in milliseconds. But millions of workers fleeing imperialist bombs and starvation face barbed wire fences and internment camps when they seek to cross those borders.

The Bolivarian government’s welcome to both Syrian and Colombian refugees is a ringing call for the workers and oppressed in every country of the world to unite and fight to “open the borders” to all those increasingly displaced by wars waged for corporate profits.