On August 14, Allegheny Technologies Inc. abruptly locked out 2,200 members of the United Steelworkers union. Since then, USW members have been walking the picket line at ATI’s 12 special metals production facilities in Pennsylvania, Ohio, Massachusetts, Connecticut, New York and Oregon. The company is headquartered in Pittsburgh. 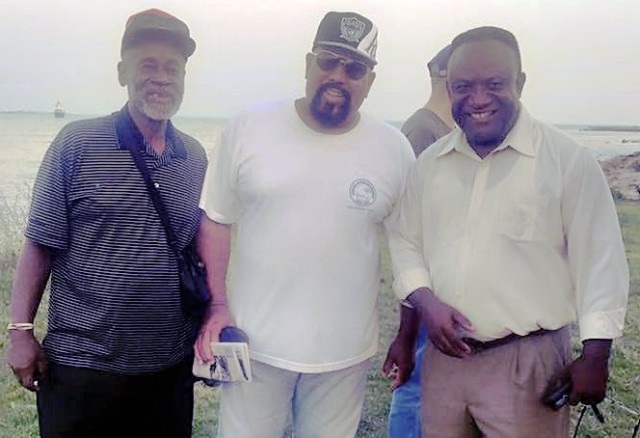 Beginning in January, before the contract expired June 30 and months before negotiations began, ATI hired high-priced anti-union consultants to recruit scabs to maintain production in the event of a strike or lockout. The company forced union members to attend “captive audience” meetings — a tactic borrowed from nonunion employers who use these meetings to intimidate pro-union workers — conducted by the same consultants to scare workers into accepting outrageous concessions. These givebacks include a wage freeze, health benefit cuts, and reduction in vacation time and paid holidays.

The USW had nevertheless been bargaining in good faith and was preparing to bring the company’s offer to the membership for a democratic vote, when ATI locked the workers out without warning. The union is calling this an illegal, unfair labor practice lockout.

In the first week, workers and supporters held mass rallies and marches in Columbus, Ohio; and Brackenridge and Midland, Pa. On Aug. 20, a solidarity motorcycle ride went from picket line to picket line, hitting all of ATI’s seven southwest Pennsylvania facilities. International union supporters were taken on a “solidarity tour” to visit the lines at these same facilities on Aug. 28. On Sept. 1, thousands marched on ATI’s Pittsburgh headquarters, while locked-out workers rallied in Waterbury, Conn.; New Bedford, Mass.; and Lockport, N.Y.

Joining workers on the picket line in New Bedford were members of USW Local 8751, the Boston School Bus Drivers’ Union, who are in their own fight against vicious, union-busting Veolia/Transdev. “Our members went down to show our solidarity. Their issue has been a long-drawn-out issue just like ours,” Local 8751 President Andre Francois told WW. “When we saw the scabs, we did what we usually do, called them names and gave them a hard way to go. We plan on going back and are going to see if we can send a check at our next membership meeting.”

USW will return to the bargaining table with ATI, under the auspices of a federal mediator, Sept. 11-12. In the meantime, the workers on the picket line remain strong in their determination to win a decent contract.

ATI was not the only protest target on Sept. 1. Steelworkers also marched on the Pittsburgh headquarters of U.S. Steel, another company making huge profits, yet demanding more from the Steelworkers to boost their bottom line even more. “These proposals would take us back to the 1950s,” said Dan Simmons, president of USW Local 1899 at the U.S. Steel plant in Granite City, Ill. “We know what [U.S. Steel CEO] Mario Longhi makes [about $15 million], and those don’t sound like 1950s wages to me.” (usw.org, Sept. 1)

The union charges that both Arcelor Mittal and U.S. Steel “are attempting to use the temporary downturn in the domestic steel industry as an excuse to strip away decades of progress at the bargaining table.” (usw.org, Sept.1)