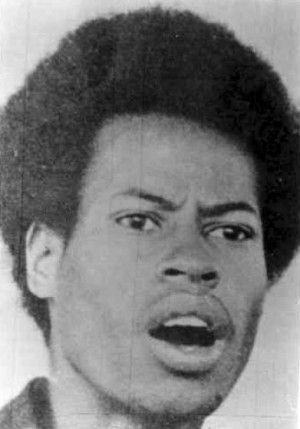 On July 26, 1970, the Houston Police Department gunned down a 21-year-old leader of Houston’s Black community, Carl Hampton, after a 10-day standoff outside of the Peoples Party II headquarters.

On July 25-26, Hampton was honored by fellow Black Panthers, his family, local politicians and many, many community activists in Hampton’s home neighborhood of Pleasantville, on the 45th anniversary of his death.

“Forty-five years ago a brilliant leader was taken from us by the Houston police, a man who was educated, revolutionary and in tune with the needs of the African-American people of Houston, and today we honor him and his accomplishments,” said Akua Holt, chair of the July 25 rally at the Judson Robinson Sr. Community Center.

Hampton’s sister, Audrey Hampton Bell, told Workers World that she was so pleased to have her brother remembered. “He was a special young man. To have him taken from us at such an early age, it was wrong.” She received a proclamation from the office of U.S. Rep. Sheila Jackson Lee at the rally. “It still hurts to remember what happened, but the kindness here today is beautiful,” Hampton’s sister said.

Hampton had gone to Oakland in the late 1960s to work with the Black Panther Party and returned to Houston hoping to open a chapter. The national headquarters was not authorizing chapters at that time, thus Hampton named the organization he began in Houston, Peoples Party II.

At the gravesite of Carl Hampton.
WW photo: Gloria Rubac

Among the speakers at the rally were Kofi Taharka, national chair of the National Black United Front; a representative of Workers World Party; and state Rep. Harold Dutton, who represents the Pleasantville neighborhood. Special guests were members of the Black Panther Alumni Association — James Aaron, ”Bunchy” Crear, Claude Frost, Sensei Benton, Bobby Reed, as well as the minister of culture for the Black Panther Party, Emory Douglass, who displayed decades of Panther art and also showed a PowerPoint presentation of Panther and U.S. history through art taken from the covers and cartoons of the Panther newspaper.

Musical presentations included a guest appearance by Archie Bell, who performed his best-known song, the 1968 hit “Tighten Up.”

On July 26, the former Panthers and supporters held a graveside tribute to Hampton at Golden Gate Cemetery. To read more about Hampton, go to www.workers.org/2008/us/hampton_0807/