One year after Mike Brown’s murder

A Department of Justice study completed earlier this year and released to the press has been published in paperback form. Entitled “The Ferguson Report,” this 173-page study shows clearly the systematic denial of fundamental civil rights to African Americans in St. Louis County, Mo. 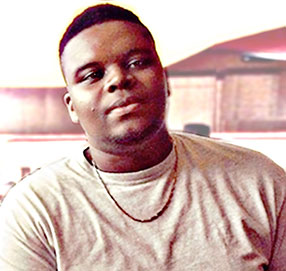 The Ferguson rebellion and mass demonstrations returned the ongoing national oppression of African American people to its proper place as the major issue that exposes the contradictions within the U.S. capitalist system in the 21st century.

Utilizing internal communications among law-enforcement personnel and the courts, the study makes a strong case for holding the authorities criminally liable for their premeditated plans to exploit and socially control African Americans through unwarranted stops, excessive fines and jail sentences.

In the introduction to the report, Theodore M. Shaw — Julius L. Chambers Distinguished Professor of Law and Director of the Center for Civil Rights at the University of North Carolina — surmised that the DOJ conducted the study to unravel the political and economic context of the developments in the aftermath of the killing of 18-year-old Michael Brown. Even though the white police officer Darren Wilson who killed Brown was not criminally indicted, given the overall context, the municipality of the city of Ferguson  stands guilty for its illegal nationally oppressive and racially discriminatory policies conducted through daily interactions with its African-American residents.

In relation to the ostensible Fourth Amendment rights of African Americans, which are supposed to protect them from illegal search and seizure, the Ferguson Report reads: “In reviewing Ferguson Police Department records, we found numerous incidents in which — based on the officer’s own description of the detention — an officer detained an individual without articulable reasonable suspicion of criminal activity or arrested a person without probable cause.

“In none of these cases did the officer explain or justify his conduct. Many of the unlawful stops we found appear to have been driven, in part, by an officer’s desire to check whether the subject had a municipal arrest warrant pending. Several incidents suggest that officers are more concerned with issuing citations and generating charges than with addressing community needs.”

In part, the aggressive policing operations against African Americans in Ferguson and St. Louis County stem from the desire to reap economic gains through excessive citations that are often reinforced by an already biased court system. Despite these observations by DOJ investigators, no criminal charges for civil rights violations were filed. Consequently the situation will remain the same until a mass revolutionary movement develops that can effectively challenge the institutionalized system of racism and national oppression.

What has changed in the last year?

This report was published on the eve of the first anniversary of the brutal killing of 18-year-old Michael Brown on Aug. 9, 2014, that triggered mass demonstrations and rebellions in Ferguson and revived the anti-racist struggle in the United States. A small suburb of just over 20,000 people, mainly African Americans, Ferguson became the center of the struggle to recognize the value and sanctity of Black life in the United States.

The White House was forced to pay lip service to the problems of police brutality and arbitrary killings in light of protests involving millions throughout the country and the world.

Newspaper editorials, even in countries allied with the U.S., questioned the U.S. ruling class’ commitment to tens of millions of people who were said to be “citizens” but were treated as prisoners of war through arbitrary stops, beatings, arrests, injuries and killings. Nevertheless, despite this international political pressure, coupled with burgeoning domestic unrest, there has been virtually no change in the system of repression and exploitation.

During the first seven months of 2015, over 500 people have been documented as being killed by police. Many more have been beaten, tortured, thrown into jails and railroaded through the courts to long-term prison sentences.

The Black Lives Matter movement, which emerged in 2013 and expanded after Michael Brown was killed, is currently the most vibrant expression of the Black Liberation struggle in the form of fighting police violence and other forms of racist terror.

Local prosecuting attorneys and grand juries have by and large refused to file charges against police who kill African Americans. One exception  occurred in Baltimore regarding the death of Freddie Grey on April 19, where a rebellion occurred that caught the ruling economic interests and surrogate politicians by surprise. Six Baltimore police officers were indicted on a variety of charges, including involuntary manslaughter.

The shooting death of Sam Dubose at the hands of the University of Cincinnati police on July 19 resulted in an indictment of a police officer. There was no reason for Dubose to have even been pulled over. This stop led to his deadly encounter with the white cop.

Nevertheless, most killings of African Americans, Latinos/as, Indigenous peoples, the poor and often disabled people go unpunished. These blatant acts of terror are justified by criminalization of the victims through the corporate media and law-enforcement spokespeople.

Judging by their limited reaction, the White House administration of President Barack Obama, along with the Congressional Black Caucus, does not view this crisis as a central issue. Democratic and Republican candidates for the 2016 presidential race have given no indication that policy initiatives are in the works to restrain, prosecute and imprison police and assorted racists for the killing of African Americans and other people on a broad scale.

At the same time, the U.S. maintains the highest per capita prison population in the world, where oppressed and poor people make up nearly all inmates. In addition, political prisoners such as Mumia Abu-Jamal, Sundiata Acoli, Leonard Peltier, Oscar López Rivera, the MOVE 9 and many more still languish in U.S. dungeons. Freedom fighter Assata Shakur continues to be denied amnesty and has relied on revolutionary Cuba for political asylum.

In the state of Michigan, Rev. Edward Pinkney was sentenced to 30-to-120 months in prison in December over trumped-up charges related to a successful recall campaign against the mayor of Benton Harbor. The mayor is perceived as an agent of the Whirlpool Corp., which is headquartered in the southwest region of the state. Pinkney is appealing his case with the support of thousands throughout Michigan and around the U.S.

Ferguson, Baltimore, Charleston, S.C., and other cities typify the plight of African Americans in 21st century U.S. capitalist society. The deaths of Sandra Bland, Kindra Chapman, Ralkina Jones and others who have died so recently in detention lay bare the hypocrisy of the so-called “human rights agenda” of the Obama administration and previous U.S. regimes.

However, until there is a revolutionary mass organization aiding a movement to vigorously fight racism and the class oppression at its root, there can be no real hope for the African-American masses and other people-of-color communities in the United States. Violence against the oppressed is carried out in a myriad of ways, including economic deprivation and the destruction of public education in the cities and suburbs.

A mass movement led by organized, conscious forces among the workers and oppressed is the missing element in the current reemergence of the popular struggle. Such an organization could fight on both the domestic and international front.

The massacre of nine African Americans in Charleston, S.C., at the Mother Emanuel African Methodist Church on June 17 should be answered with massive demonstrations and economic consequences for the capitalist class. Also the double-digit jobless and poverty rates prevailing among oppressed youth could not escape the full attention of politicians and the ruling-class interests that provide direction for their actions if there were hundreds of thousands of organized youth and workers prepared to engage the system. And they would have to do so in a way that would not be defined by the confines of the two mainstream capitalist political parties.

The repressive and exploitative character of U.S. and world capitalism in its present phase is a reflection of its weakness. The system is in decline, and a well-organized revolutionary organization and movement could, with proper tactics and strategies, severely weaken and topple the ruling class.  That would set the stage for the reconstruction of the U.S. and the world in the interests of meeting the pressing needs of the people.