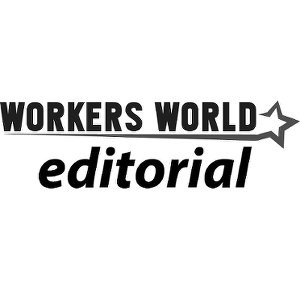 The Black Lives Matter upsurge gained national and international prominence almost a year ago in the aftermath of the police murder of 18-year-old Michael Brown in Ferguson, Mo. The next day, Aug. 10, a heroic rebellion led by Black youth exposed an ongoing racist war and occupation by local and state police, with the backing of the U.S. military.

The upsurge continues to this day. It helps expose the links between political and economic repression, as workers and oppressed peoples worldwide bear the brunt of mass austerity in the form of low wages, unemployment, union busting and slashing of social services — accompanied by mass incarceration and police and vigilante terror.

A big part of this repression is the role that poverty plays, especially among the most vulnerable in society — children — including those living in the U.S. This is illustrated by a study released July 14 by the Pew Research Center, which analyzed several years of U.S. Census Bureau data.

The study shows that the overall poverty rate for children in the U.S. decreased to 20 percent in 2013 for Latino/a, Asian and white children combined, from 22 percent in 2010. However, for Black children alone, the poverty rate rose to 38.3 percent — close to four times the rate for white children at 10.7 percent. It also states that 30.4 percent of Latino/a children and 10.1 percent of Asian children live in poverty. Notably, growing numbers of Latino/a children are living in poverty relative to the increase in the overall Latino/a population.

The Pew study does not mention the poverty rates for children whose parents are undocumented. Many of these parents are locked away indefinitely with their children in detention centers by Immigration Customs Enforcement working in tandem with local authorities.

There is also no mention at all in this particular study of the poverty rate for Indigenous youth in the U.S., especially those living on reservations. According to Theresa M. Pouley, the chief judge of the Tulalip Tribal Court in Washington state and a member of the Indian Law and Order Commission, at least 25 percent of Indigenous youth live in poverty, an alarming number compared to the general Indigenous population, which numbers officially under 1 million. (Washington Post, March 9, 2014)

Child poverty in the U.S. must be viewed within the context of the global poverty rate for youth. The United Nations reports there are an estimated 1 billion youth whose families live on $2.50 a day or less. According to the U.N. Children’s Fund, at least 22,000 children die each day from starvation, malnutrition, chronic disease, lack of sanitation and other conditions stemming from poverty.

Capitalism exploits much of the world’s resources and super-exploits the peoples of oppressed nations through low-wage and slave labor to make profits for the small elite class of the super-rich. This brutal system is to blame for the genocidal war that has already claimed an untold number of young people’s lives and threatens to claim millions more — especially those of people of color living in both the developing countries and the richer capitalist countries.

It will take a united global class struggle to uproot this oppressive system and replace it with a socialist system to ensure that human needs are met first and foremost, from the cradle to the grave, without the threat of state repression, especially from the police.