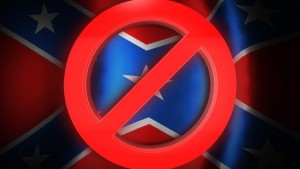 The capitalist media would have the people of this country believe that the main terrorist threat in the United States comes from terrorist attacks carried out by Muslims.

But a June 16 op-ed piece in the New York Times revealed that “headlines can mislead. The main terrorist threat in the United States is not from violent Muslim extremists, but from right-wing extremists. Just ask the police.”

This usually buried fact comes from a 2014 survey conducted by the writers of the opinion piece with 382 law enforcement agencies of the Police Executive Research Forum.

The police themselves document that it is not Muslims who are the big threat, but right-wing anti-government extremists, the overwhelming majority of them white men. Over 70 percent of the police surveyed report that anti-government extremism is one of the top three terrorist threats in their jurisdiction. In addition, only 3 percent of the police surveyed identified the threat from Muslim extremists as severe.

The study continued: “An officer from a large metropolitan area said that ‘militias, neo-Nazis and sovereign citizens’ are the biggest threat we face in regard to extremism. One officer explained that he ranked the right-wing threat higher because ‘it is an emerging threat that we don’t have as good of a grip on, even with our intelligence unit, as we do with the Al Shabab/Al Qaeda issue, which we have been dealing with for some time.’ An officer on the West Coast explained that the ‘sovereign citizen’ anti-government threat has ‘really taken off,’ whereas terrorism by American Muslims is something ‘we just haven’t experienced yet.’”

So there you have it, straight from the horse’s mouth: the real terrorists are not that racist image of Muslims promoted by Hollywood but rather white, racist, right-wing men.

This opinion piece is limited, however. It ignores the other blatant terrorists in our midst: the unbridled wrath of police in the oppressed communities, for example, who wage war with impunity against people of color. And then there is the terrorism of the Pentagon that has for decades carried out horrific crimes against the peoples of the world, also mostly with impunity.

However, this well-documented exposé about the terrorists in our midst is important to know about in the wake of the heinous racist assassination of nine Black people carried out by Dylann Roof in Charleston, S.C.

After Roof was captured, information came out about his worldview. He had posted a 2,000-word manifesto on his website where he identified himself as a “white nationalist.” He stated that he was “truly awakened” to his beliefs after reading material from the Council of Conservative Citizens, an infamous racist so-called hate group.

“I have no choice,” he wrote. “Someone has to have the bravery to take it to the real world, and I guess that has to be me.”
Roof is one of those extremists that the June op-ed article refers to, one of those white men shaped by racist websites that more and more promote a “white nationalist” agenda.

The Southern Poverty Law Center, which for decades has monitored and exposed “hate groups” and other extremists throughout the U.S., reports that “currently, there are 784 known hate groups operating across the country, including neo-Nazis, Klansmen, white nationalists, neo-Confederates, racist skinheads, border vigilantes and others.”

The SPLC, however, erroneously throws Black separatist groups into that mix. This is false, as the reaction of the oppressed to their oppressors is never equal to that of racism and white supremacy.

Nonetheless, “since 2000,” the SPLC states, “the number of hate groups has increased by 30 percent.”

They write that “this surge has been fueled by anger and fear over the nation’s ailing economy, an influx of nonwhite immigrants, and the diminishing white majority, as symbolized by the election of the nation’s first African-American president.”

The SPLC has determined that there is actually a “powerful resurgence of the anti-government Patriot movement” that was behind the Oklahoma City bombing. According to their studies, “the number of Patriot groups, including armed militias, skyrocketed following the election of President Obama in 2008 — rising 813 percent, from 149 groups in 2008 to an all-time high of 1,360 in 2012. The number fell to 874 in 2014.”

Dylan Roof’s horrible racist crime did not occur in a vacuum. A significant portion of the superrich in this country are very fearful of the rising popular movements against low wages, racism, sexism, anti-LGBTQ bigotry and police brutality. They are throwing huge amounts of money behind right-wing politicians and media whose agenda is divide and conquer. Some of it trickles down to the far-right extremists and also feeds their paranoia and hate.
The source of this fear, instability and hatred — capitalism — must be abolished in order to root out the right-wing ilk.