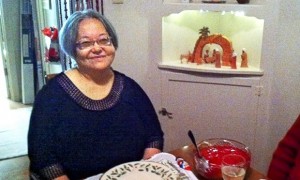 On May 18, the U.S. Supreme Court awarded immunity from liability to two San Francisco police officers who, in 2008, had entered the room of Teresa Sheehan, a mentally ill woman in a group home, and shot her five times.

In the 6-2 decision, the court granted the two officers qualified immunity from claims that they violated the Fourth Amendment when they entered the room.

It declined to rule on whether the officers failed to provide reasonable accommodations for Sheehan’s disability under the Americans with Disabilities Act.

Sheehan survived the Aug. 7, 2008, shooting and filed a federal civil rights suit the next year. The suit was dismissed by U.S. District Judge Charles Breyer of San Francisco, but the 9th U.S. Circuit Court of Appeals reinstated it, finding that the ADA applies to arrests. Sheehan had been diagnosed with schizoaffective disorder and lived in a group home in San Francisco’s Mission District at the time.

When San Francisco appealed this decision to the U.S. Supreme Court, more than 40 civil rights and disability activist groups, including the People with Disabilities Caucus of the People’s Power Assembly, protested, urging San Francisco officials to drop their appeal and warning that it imperiled the 1990 Americans with Disabilities Act, “the most comprehensive civil rights law for Americans with disabilities.”

Leonard Feldman, the lawyer who argued Sheehan’s case before the Supreme Court, found a positive side to the decision: “Mentally ill individuals confronted by police are entitled to the substantial protections of the ADA, and the Supreme Court’s decision allows individuals like Sheehan to pursue claims against public entities when their officers ignore the statute’s anti-discriminatory provisions.”

However, this decision can also be viewed as a Pyrrhic victory, one that inflicts such a devastating toll on the victor that it is tantamount to defeat. Why? Let’s look at the actual text of the court’s decision.

“We reverse the judgment of the Ninth Circuit” and hold “that the officers are entitled to qualified immunity because they did not violate any clearly established Fourth Amendment rights” of Sheehan.

No cop killings of the oppressed!

This decision is an attempt to break the shield which the ADA has provided the disabled to protect us from cops. The court has granted cops an official license to attack us under the guise of defending themselves against a “threat,” an assessment they alone control. The court leaves cops free to continue to murder at will, without accountability, people with disabilities, people of color, and lesbian, gay, bisexual, transgender and queer people.

Every 28 hours, someone employed or protected by the U.S. government kills a Black man, woman or child. (Malcolm X Grassroots Movement’s 2013 report: “Operation Ghetto Storm”). “At least half of the people [annually] shot and killed by [U.S.] police … have mental health problems,” (2013 report by the Treatment Advocacy Center and National Sheriffs’ Association)

U.S. Supreme Court Justice John G. Roberts Jr. is now infamous for the statement: “We live in a post-racial society,” which he made about the time his court gutted major provisions of the Voting Rights Bill in 2013. In the same way, the ADA has not been made safe by this decision, which is a warning to the disability rights movement. A response is in formation.

After the ADA was passed, and after the heroic 1969 Stonewall Rebellion inspired annual LGBTQ parades, Disability Pride parades took place around the country during the month of July, the anniversary of the ADA’s passage. After several years without such parades, this year will mark the 25th anniversary of the ADA. Disability Pride parades and solidarity and protest events are scheduled around the country, including on July 12 in New York and on July 22 in Boston.

Yudelovich is an organizer of the Workers World Party People with Disabilities Caucus.