“Out in the Union: A Labor History of Queer America,” by Miriam Frank, Temple University Press, 2014 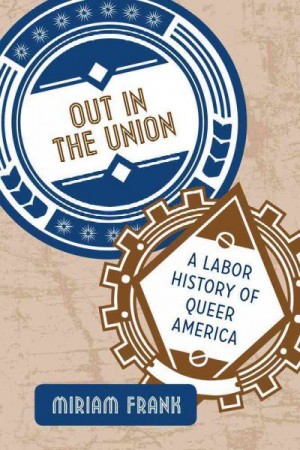 The importance of “Out in the Union” is clear from the first page. Here is a book devoted solely to lesbian, gay, bisexual, transgender and queer labor history, a contribution that is long overdue. Frank is a master teacher of humanities at New York University. The paper edition was released this year.

Much of the book is based on oral histories taken from LGBTQ union members, including both leaders and rank-and-filers. Therefore, the history begins in the late 1960s, when some of the interviewees were starting their working lives. Frank acknowledges that LGBTQ labor history begins earlier, in the 1940s and 1950s, when, for example, the communist-led Marine Cooks and Stewards Union took a bold position of “no Red-baiting, no race-baiting, no queer-baiting.”

The book is well organized, is a readable length and does not attempt an encyclopedic view. Frank takes a topical rather than chronological approach, devoting each chapter to a different aspect of how LGBTQ workers participate in the life of their unions. Frank discusses coming out on the job, being LGBTQ and in union leadership, and the shaping of alliances through important, game-changing projects, like the Coors beer boycott of the 1970s and the defeat of California’s 1978 Briggs initiative, which would have prevented LGBTQ teachers from teaching.

Frank details how the AIDS crisis of the 1980s and 1990s impacted the labor movement. Union members were dying or watching their life partners die. Workers with HIV/AIDS were subject to horrible discrimination, including firings. At the same time, workers at HIV/AIDS service agencies wanted to be represented by a union.

The process of transitioning on the job is told through the eyes of Joni Christian, a now-retired trans woman on the assembly line at General Motors’ Lordstown, Ohio, plant.

In one story, the United Food and Commercial Workers sent in a gay man, a top union officer, to talk with workers in quality control at a meatpacking plant. The entire department, primarily gay men, went union.

There are some shortcomings to the book. Some individuals who played key roles inside their unions to advance the cause of LGBTQ members are barely mentioned.

While the working lives of the book’s protagonists begin after the 1950s, it would have strengthened the book to look at how that period changed the orientation of the U.S. labor movement. The Congress of Industrial Organizations’ purge of the left-led unions and of leftists in other unions had a hugely negative impact on civil rights unionism. Civil rights groups that worked closely with the CIO, including the Committee for the Defense of the Foreign Born, the National Negro Congress and the Congress of Spanish-Speaking Peoples, were destroyed by the witch hunt. Inside the labor movement, the Cold War shifted labor’s political orientation in a more conservative direction and, years later, likely hampered the advancement of an LGBTQ civil rights agenda.

Shortcomings aside, however, “Out in the Union” is an important book to read, one that has opened up an essential field of study. With all the pain and abuse in the workplace that this book documents, the book is essentially optimistic, pointing towards the growing solidarity of all workers against exploitation, bigotry and oppression.

Grevatt came out in a hostile work environment at a Chrysler plant in Ohio in 1989. Ten years later, she helped win nondiscrimination language covering sexual orientation in the Big Three-UAW contracts, along with health benefits for domestic partners.