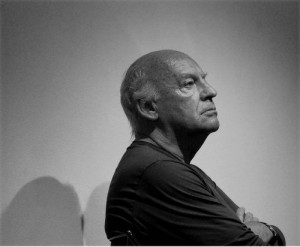 Eduardo Galeano, the Uruguayan writer most famous for his “Open Veins of Latin America,” died April 13 of lung cancer at the age of 74. Written in the early 1970s, his book exposed the devastating ravages of imperialist domination in Latin America and the Caribbean, much as Walter Rodney’s book, “How Europe Underdeveloped Africa,” did for that continent.

Galeano’s “Open Veins” is required reading for those who want to learn about Latin America. Over the years, it has become a textbook of knowledge on the subject, in a way that ordinary textbooks cannot achieve. Its impact has been impressive.

Seven years after publication, Galeano himself wrote: “Seven years have gone by since ‘Open Veins of Latin America’ was first published. This book was written to have a talk with people. … The most heartening response came not from the book pages in the media but from real incidents in the streets. The girl who was quietly reading ‘Open Veins’ to her companion in a bus in Bogotá, and finally stood up and read it aloud to all the passengers. The woman who fled from Santiago in the days of the Chilean bloodbath with this book wrapped inside her baby’s diapers. The student who went from one bookstore to another for a week in Buenos Aires’ Calle Corrientes, reading bits of it in each store because he hadn’t the money to buy it.”

It is a book that has many stories surrounding it. For example, while it was banned by several Latin American dictatorships, the book was allowed in the military jails of his native Uruguay for the first few months of the dictatorship because they thought it was a medical textbook, an anatomy book! Of course, once they realized their mistake, it was forbidden.

Translated into many languages, “Open Veins” once again became a hit in 2009 when Venezuelan President Hugo Chávez gave a copy to President Barack Obama during an OAS Summit, in that way introducing it to a new generation of readers.

Galeano’s style is unique, presenting facts and giving lessons of history in a beautiful and exciting prose, submerging the readers in pages of fascinating developments, helping them to understand the most complex historical processes with ease.

He wrote novels and political articles exposing imperialism and right-wing oppressive governments. They were published in many journals, newspapers and magazines around the world. His last article, on December 2014, was about the case of the 43 students disappeared at Ayotzinapa in Mexico.

Latin America was not his only subject; he wrote about oppression, dictatorships, inequality, racism and political subjugation. His Gaza article in 2012 condemning the massacre of Palestinians by Israel is a good example of how he connects the U.S. to international crimes. In it he writes: “The so-called international community: Does it exist? Is it anything more than a club of merchants, bankers and warriors? Is it anything more than the stage name that the United States give themselves when they do theater?”

In 2009, Galeano came to Philadelphia to speak at the Free Library, promoting his latest (and last) book, “Mirrors: Stories of Almost Everyone,” another required reading about world history. During the Q & A period, a woman asked what advice he would give to the youth of Latin America. His response was quite interesting, as if he were waiting for the occasion to make the point about U.S. domination to U.S. audiences.

He said: “No, no, please. Déjame en paz [Leave me alone]. I do not want to give advice. It is like we are all trained by this USAID habit. It is not a good habit of feeling or thinking or knowing, that these nations have been chosen by God to save other nations; so they would have the perfect recipe to save countries and save people. And each time they have saved a country in Latin America, they have left dictatorships that lasted 20 to 30 years, like in the Dominican Republic, Nicaragua, everywhere. Nations saved by them become giant jails and cemeteries. So what I would say is please, don’t save me. I don’t want to be saved.”