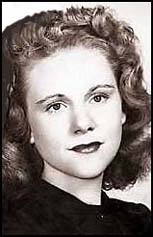 In an era when many Civil Rights icons are unknown to youth, even those in the struggle, people are still working to keep alive the legacy of those who gave everything for justice.

April 11 would have been the 90th birthday of Detroit Civil Rights martyr Viola Gregg Liuzzo. A mother of five and a nursing student at Wayne State University, ­Liuzzo heeded the call of Dr. Martin Luther King Jr. to organize in Selma, Ala., following the “Bloody Sunday” voting rights march.

Liuzzo was only in Selma for a matter of days when the Ku Klux Klan caught up with her. On March 25, 1965, Liuzzo, who was white, and Leroy Moton, a 19-year-old African American, were shuttling people in and out of Selma when a car full of Klan members maneuvered to drive them off the road. Shooting from their car, the racists hit Liuzzo twice in the head, killing her instantly. Moton was wounded and escaped the attackers.

One of the Klansmen involved in the terrorist attack was an FBI informant. The FBI then led a vicious smear campaign against Liuzzo and her family. Crosses were burned in front of her family’s home in Detroit.

On April 10 this year, Wayne State University granted its first-ever posthumous degree to Liuzzo, an honorary juris (law) doctorate. WSU also placed a plaque on the campus in her memory and created a scholarship in her name at the School of Nursing. A park named after Liuzzo has been falling into disrepair for years, but a grassroots effort for its revitalization is now underway. Other events around the city also marked Liuzzo’s birthday and contributions to the struggle.

Viola Liuzzo and other martyrs for justice will continue to inspire generations of revolutionary youth. Liuzzo’s courage will be forever ingrained in Detroit’s consciousness.

Joe Mchahwar is a Detroit organizer with the revolutionary youth group FIST (Fight Imperialism, Stand Together).