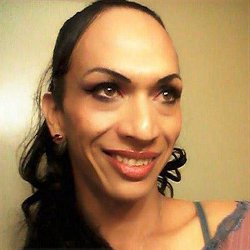 In the first two months of 2015, at least eight transgender women have been murdered in North America, including one trans woman in Canada. This killing spree, mired in hate and bigotry, doesn’t make the national corporate-owned news media. There is no mass outrage over the killings of these women, although they are mourned by many. It is mainly the lesbian, gay, bi, trans and queer media and organizations that report their deaths.

The year’s first three known killings of transgender women in the U.S. occurred over a two-week period in January. They were all trans women of color, two Black and one Latina.

Lamia Beard, 30, of Norfolk, Va., was found the morning of Jan. 17 with severe gunshot wounds; she was transported to a hospital where she died. Beard was a musician who sang and played four instruments. A fluent French speaker, she received a full scholarship to Bethune Cookman College. 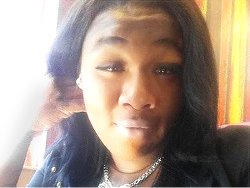 On Jan. 26, Ty Underwood, 24, of Tyler, Texas, was found dead in her car of three gunshot wounds. She had recently been accepted into the nursing program at Kilgore College. (autostraddle.com, Jan. 28)

Taja Gabrielle DeJesus, a 36-year-old trans woman of color, was found the morning of Feb. 1 fatally stabbed multiple times in a stairwell in San Francisco. She was an active church member who volunteered at food pantries and with Trans Thrive. (janetmock.com, Feb. 16) A die-in for DeJesus by members of the LGBTQ community was held Feb. 10 in front of San Francisco City Hall. (nbcbayarea.com, Feb. 10)

Bri Golec, 22, of Akron, Ohio, was stabbed to death by her own father on Feb. 13. An artist and drummer, Golec was active in the trans community. (pghlesbian.com, Feb. 15)

On Feb. 16, the body of Kristina ­Gomez Reinwald, 46, was discovered in her home in Miami. She worked as an entertainer under the name Christina (or Kristina) Grant Infiniti. Local trans activists and friends held a candlelight vigil outside Reinwald’s house. (advocate.com, Feb. 26)

Sumaya Dasia Dalmar, 26, of Toronto, also known as Sumaya Ysl, was found dead on Feb. 22. Damar, a Somali-Canadian, was a model and actress.

Today, transgender people are 400 times more likely to be assaulted or murdered than are members of the “general population.”

Although four years old, a 2011 study by the National LGBTQ Task Force and the National Center for Transgender Equality confirmed that trans people of color suffer worse discrimination than their white counterparts.

Fighting racism, sexism and anti-LGBTQ bigotry must be a priority for women, men, gender-nonconforming and all progressive activists in the U.S. The Black Lives Matter movement has revealed the power of the people in saying “No more!” to rampant police violence and killings of young people of color across the U.S.