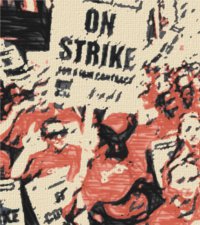 Millions of low-wage workers in the U.S. will see an hourly pay increase in 2015, based on rising minimum wages in 23 states and the District of Columbia. For instance, voters in Alaska, Arkansas, Nebraska and South Dakota passed increases by ballot initiative. Ten state legislatures, including Maryland, Michigan and Minnesota, voted for increases. Nine states, including Arizona, Colorado and New Jersey, raised them as part of scheduled cost-of-living increases. Washington state now has the highest minimum wage at $9.47 an hour, followed by Oregon at $9.25. Workers in Massachusetts got a bump from $8 to $9. A total of 29 states now have a minimum wage higher than the federal minimum of $7.25.

Increases for approximately 60 percent of the country’s workforce are a hard won victory for millions of workers currently earning poverty wages. However, the increases in many states will initially provide only a few cents more per hour, with the majority of increases taking effect over coming months and years. Florida and Missouri only raised their minimums by 12 and 15 cents, respectively. Despite workers’ clarion calls for livable wages, especially the $15 an hour campaign, the Republican-controlled Congress will likely not heed their needs. (New York Times, Jan. 1)

On Dec. 5, a federal judge in New York found telecom provider Cablevision and its CEO, James Dolan, guilty of multiple labor law violations designed to prevent workers in Brooklyn and the Bronx from forming a union. Included are 22 illegal firings, bargaining in bad faith, and spying on, intimidating and harassing workers engaged in union organizing with the Communications Workers. Dolan first launched his anti-union attack some three years ago when technicians in Brooklyn voted to join the CWA. Amid ongoing contract negotiations, the workers welcomed the guilty verdict as a positive development in their continuing efforts to secure fair and just wages and union representation. (TheCablevision99.org, Dec. 5)

As many as 6,000 home health care workers in Washington, D.C., are seeking class action status in a lawsuit filed Dec. 11 against three of the city’s largest health care providers. The suit accuses Health Management Inc., Nursing Enterprises and Vizion One Inc. of widespread wage theft over three years. If successful, the lawsuit could award workers more than $150 million in damages and back pay. The 1199SEIU United Healthcare Workers East announced that additional lawsuits will be filed. “For years, the home care agencies flagrantly violated the District of Columbia’s basic wage and hour protections for workers,” said Greg McGillivary, a lawyer representing the workers. “These lawsuits will help the home care workers recover the money that is owed to them.” (dclabor.org, Dec. 12)

Part-time faculty at private colleges have right to organize

A December ruling by the National Labor Relations Board ensures that part-time faculty at private colleges and universities across the country have the right to unionize. The ruling settled a dispute between contingent faculty and administrators at Pacific Lutheran University in Tacoma, Wash., over whether those faculty are management and are therefore ineligible for union membership. According to the ruling, only faculty who have control over admission, academic programs, finances and personnel can be considered managerial. “This is a huge decision for higher ed, where 75 percent of us are now contingent faculty,” said PLU lecturer Jane Harty. “We don’t have any say in curriculum or any voice in faculty governance.” (New York Times, Dec. 22)

In a laudable expression of international workers’ solidarity, the executive board of the American Federation of Teachers, representing 1.6 million workers, passed a resolution Oct. 15 banning the sale of Coca-Cola products at AFT facilities and events. The resolution cites Coke’s history of violence against union organizers in Colombia and Guatemala, its use of child labor on sugar plantations in El Salvador and the outsourcing of thousands of jobs at poverty wages. The resolution encourages AFT members to aid efforts banning Coke at their schools, hospitals and other workplaces. (KillerCoke.org, Nov. 16) Since the “Campaign to Stop Killer Coke” began in 2003, several dozen union locals and state and central labor councils have passed similar resolutions; AFT is the fifth international union to do so.