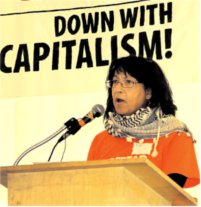 Excerpted from a talk by Berta Joubert-Ceci to the Workers World Party national conference in New York City, Nov. 15-16.

We are seeing the effects and the consequences of this stage of capitalism — what we have called “capitalism at a dead end.” The intensification of the attacks at all levels on working people, on the oppressed and on the masses in general. The U.S. wars against the peoples abroad.

The racist police murders of our Black and Brown youth, carried out with impunity. Attacks on migrant children and workers, layoffs and, in general, a war on the poor. And the pauperization of the population. 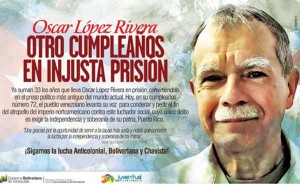 But how does this manifest in the only “formal” colony of the United States in the Latin America-Caribbean region? In Puerto Rico, my homeland. Why is it important for us to study this?

While many Latin American countries are gaining independence from Washington’s domination, Puerto Rico is slipping backwards. It’s losing population to Florida and Texas, while many people from the U.S. buy low-priced property on the island. It’s like a substitution of the population, similar to Hawaii’s history. Some 3,000 people a month migrate to the USA from Puerto Rico. Many are youths, often graduates of higher education — the future of the island! More Puerto Ricans live in the U.S. now than on the island.

Puerto Rico’s experience concentrates all the effects of capitalism at a dead end. 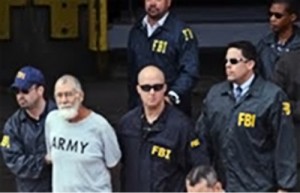 There is an economic but also a social crisis.

The amount of the country’s external debt gives an idea of the economic crisis: It’s close to $76 billion and unpayable! As a colony, we have no sovereignty — we cannot even file for bankruptcy. The U.S.-imposed constitution establishes that the bondholders must be paid first — before the needs of the population. The government of the island is just a servant of U.S. corporate interests and does not challenge that inhumane law.

With few exceptions, the whole island has been privatized. Telephone, health care, roads, the international airport, our precious pineapple plantations.

The cost of utilities has risen. Sales taxes have been imposed in a futile effort to pay the debt. Salaries are much lower than in the United States while most products are more expensive. Why? Because U.S.-imposed shipping laws forbid shipping with non-U.S. vessels. More than 80 percent of the food is imported.

The people of Puerto Rico are being squeezed, resulting in an increase of violence at all levels.

Comrades, it is a profound crisis. And that is why we should discuss it so we can give the solidarity that is needed now.

The Boricuas have always been a fighting people. Starting with our Taíno warriors — Urayoán, Guarionex, Agueybaná — who revolted against the Spanish ­colonizers.

U.S. colonization suppressed our real history and our heroes. These included Ramón Emeterio Betances, an internationalist, the father of the homeland and the independence movement. He organized the uprising against Spain and against slavery both in Puerto Rico and Haiti, and he participated in the French revolts. He advocated unity of the Antilles, much like Simón Bolívar did in Latin America. However, most Puerto Ricos don’t know him.

The colonization process was meant to belittle the people, to make them feel dependent on Washington. Yet, an independence movement has always existed. With figures like Albizu Campos, Lolita Lebrón, Rafael Cancel Miranda and so many others.

The colonizers always penalized those fighting for independence. Local police, FBI and all U.S. repressive forces target independence activists. We will never forget how in 2005 an FBI team was sent to the island to kill Filiberto Ojeda Ríos, the leader of Los Macheteros, an independence group. On a special day for the independence movement, Sept. 23 — known as Grito de Lares — the FBI shot him and let him bleed to death. And we will never forget how all Puerto Rican political prisoners have been charged with the same “seditious conspiracy” to overthrow the U.S. government.

Recent movements like “the peoples’ strike” to prevent the privatization of the telephone company, the “U.S. Navy out of Vieques” and the University of Puerto Rico student strike demonstrate the people’s will to come together and fight back. Something similar is happening now with the demand for freedom for Oscar López, who has been 33 years in a Yankee cell.

Along with the independence movement itself, now with the capitalist crisis two of the most militant and active movements on the island are the one headed by the UTIER — the electricity workers who are defending the electric company from privatization — and the teachers fighting against public school closings, both part of the anticolonial struggle. The Boston Consulting Group is demanding the schools close.

It is important that we here show full solidarity with these struggles, as we did during the successful struggle to get the U.S. Navy out of Vieques.

The people of Puerto Rico will continue fighting, but remember: The majority of Puerto Ricans are part of the working class inside this country. We have to join them in solidarity both here and in Puerto Rico. And demand the freedom of political prisoner Oscar López Rivera and Norberto González Claudio.

I summon the forces of Urayoán, Guarionex, Betances, Filiberto and Lolita to help me say ¡Viva Puerto Rico Libre!