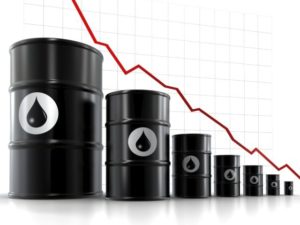 Jan. 5 — For tens of millions of members of the working class in the United States, a car is a necessity. They have no access to reliable public transportation to get to work, shop, go to school, see a doctor or get a little recreation.

For the multinational working class, and especially the unemployed or those stuck in low-wage and part-time jobs, the recent drop in gasoline prices has come as welcome relief.

However, the impact of this steep decline cuts many ways.

The price of oil has long been considered volatile, especially in comparison to the prices of commodities like automobiles and housewares. However, the decline over the last six months is of historic proportions. The benchmark figure, based on the price of Brent crude oil, has dropped by more than half, from $117 a barrel in June to $53 a barrel as of Jan. 5.

This is the biggest drop in oil prices since the economic crisis of 2008-09, when the collapse of the housing bubble in the U.S. triggered a financial crisis that swept throughout the capitalist world.

While Wall Street recovered from that crisis — thanks to the infusion of over a trillion dollars of government money into the major banks and other financial entities — there has never been a real recovery for the workers, in either the U.S. or many other countries. Taking into account those who can’t get full-time work or have had to drop out of the labor force, unemployment remains very high and real wages have declined, even as corporate profits and executive salaries have soared into the stratosphere.

Since oil is the major source of energy in the world today, it is obvious that such a huge fluctuation in price can have a very big impact.

What are the underlying factors behind this development?

In the early stages of the price decline, some saw it as a manufactured phenomenon, driven by political motivation. They pointed out that the U.S. imperialists were hoping to weaken countries like Russia, Iran and Venezuela, which depend on the proceeds from state-owned oil industries to cover a very large part of their budgets.

And it is true that the drop in oil prices has hit these countries very hard — especially since all three suffer from economic sanctions imposed by the imperialists.

Such an explanation, however, cannot account for the deep, tectonic shift in prices that continues to shake up the whole capitalist world market.

This view also assumes a degree of control over the market that is not possible under the capitalist system — not by individual capitalists, groups of capitalists, or even the governments and international bodies that serve their interests.

Capitalism is an economic system that is driven by forces beyond the control of the capitalists themselves. Like the sorcerer’s apprentice, the capitalist class unleashes the forces of production, which then take on a life of their own.

The capitalist market exists, in the final analysis, for just one purpose: profits for the owners of capital. These profits come from the exploitation of human labor, not from any genius on the part of the capitalists themselves. The mad scramble for profits drives the capitalists to continually invest in the means to produce more and more in order to drive out their competitors and capture the market. This eventually leads to overproduction and crisis — a condition that did not exist under previous social systems.

The profits of the energy companies have been phenomenal and their political clout is prodigious. For decades, they have been able to block any meaningful international agreements or national legislation addressing the horrendous problem of climate change. Especially in the U.S., presidents and cabinets have been chosen by ruling families whose fortunes are intertwined with oil and Wall Street.

But it is important to note that the rate of oil profits in relation to the cost of producing oil has been declining in recent years. In this country, the “easy oil” that once lay in great lakes at shallow depths under the earth’s surface — and was the basis for the growth of the Rockefeller oil and banking dynasty — has been largely exhausted.

Nevertheless, U.S. oil and gas production has risen greatly since 2008. This growth has come largely from fracking, tar sands and offshore drilling — all of which require much greater capital investment in expensive technology than did the oil wells of the past.

A glut of oil on world market

U.S. crude oil production, which had been falling for many years, has now risen from less than 7 million barrels per day in 2008 to more than 11 million barrels at the present time — most of it due to fracking. By last June, according to the International Energy Agency, the U.S. had become the world’s largest producer of oil and natural gas, exceeding Saudi Arabia and Russia.

The price tag for this, however, is huge. “Annual investment in oil and gas in the country is at a record $200 billion, reaching 20 percent of the country’s total private fixed-structure spending for the first time,” wrote Bloomberg News on July 4.

To recoup this huge investment, U.S. oil companies must expand their market — at the expense of their competitors.

The oil industry bases its estimates of proven reserves — oil that can be harvested in the foreseeable future — on the cost of extraction. Oil that would cost more to extract than it could be sold for is not counted.

In recent years, the price at which it was profitable to extract oil was put at around $80 a barrel. With the price rising to $100 a barrel or more, it became feasible for the oil companies to sink hundreds of billions of dollars into the technology needed for fracking, tar sands and offshore drilling. But if oil continues to sell for a good deal less than $80/barrel, which most economists say is likely given the world economy today, the producers have to either cut production or take a big loss.

At the present time, both the U.S. and the Organization of Petroleum Exporting Countries are expanding, not reducing production. U.S. oil companies are in a commercial war, especially with Saudi Arabia and Russia, which have sunk to become the world’s second- and third-largest oil producers, respectively. This is a war to drive out the competition and dominate the world market.

That is why the price of oil has fallen so low. It’s a clear case of capitalist overproduction, made worse by a slowing of the world capitalist economy.

More oil than ever has been coming onto the market. At the same time, growth rates are dropping in Europe, China and other parts of the world which have been major consumers of oil. Industries are cutting back and workers are being laid off. Investment in renewable energy is also beginning to have an effect.

The result is a glut of oil and a steep fall in prices.

Some industries that require a lot of petroleum products, like airlines and trucking, can benefit — at least temporarily. But overall, this struggle is a symptom of a growing crisis that can drag down the whole financial architecture of the capitalist system.

It is also a huge component in the aggressive war drive of U.S. big business, especially in the Middle East and Eastern Europe. And the Pentagon, it should be remembered, is the world’s largest consumer of oil.

These are the material realities behind the posturing of U.S. imperialist politicians, who talk about “human rights” and “spreading democracy” while they do the bidding of the oil billionaires and try to crush the competition.

Today’s demonstrators, brought into the streets by the epidemic of racist police murders in the U.S., have it right when they chant: “Bring the whole system down!”