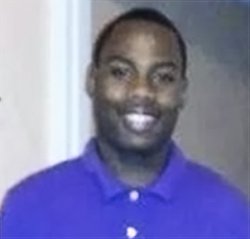 Oakland, Calif. — Yet another vigil was held Dec. 7, this one by the family of O’Shaine Evans, who was killed by Officer David Goff of the San Francisco Police Department on Oct. 7. Evans was shot multiple times. Born in Jamaica, he was living in Oakland with his mother, while training to be a boxer.

The family is demanding release of the police report, autopsy and surveillance videos. They want an explanation of why the family wasn’t invited to a town hall meeting held by the SFPD on the shooting. They also want an independent investigation of O’Shaine’s death, including the events leading up to the shooting, and answers to why his mother wasn’t allowed to identify her son’s body.

The vigil, chaired by Jeremy Miller, program director at the Idress Stelley Foundation, was held in solidarity with other families who have lost loved ones to police murder. They called for an end to racist police murder, from San Francisco to Ferguson, Mo.

Cadine Williams, O’Shaine’s sister, spoke angrily at the vigil. She said that she can no longer say, “Hands up, don’t shoot,” after learning how Mario Romero had his hands up when he was fatally shot by a barrage of police bullets from the guns of Vallejo, Calif., police on Sept. 2, 2012. “Fists up, fight back!” is what Williams now says. The crowd threw up their fists in approval, repeating her chant.