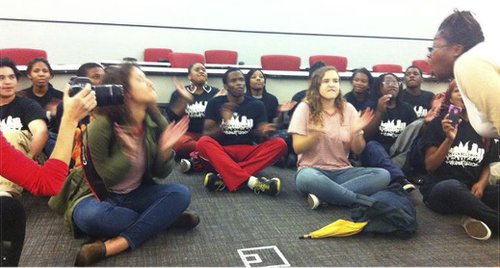 At an Oct. 15 public event, members of the Philadelphia School Reform Commission screened the film “Won’t Back Down” before an audience of students and parents. The film is a notorious union-busting propaganda piece aimed at generating support for pro-privatization “parent trigger” laws, which give parents the “power” to charterize underfunded public schools.

Led by the Philadelphia Student Union, some two dozen students in attendance successfully shut down the screening, chanting, “Won’t back down! Philly is a union town!” and “Hey, hey, ho ho! The SRC has got to go!”

Videos taken at the demonstration show newly appointed SRC member Sylvia Simms shouting back at the students, “You all must go to failing schools!” and “You belong in jail!”