The following statement, written by the former president of Cuba on Oct. 17, can be found at the Granma website at tinyurl.com/nstntk2. 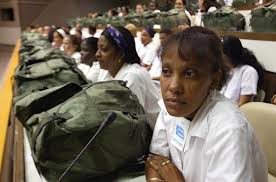 Our country did not hesitate one minute in responding to the request made by international bodies for support to the struggle against the brutal epidemic which has erupted in West Africa.

This is what our country has always done, without exception. The government had already given pertinent instructions to immediately mobilize and reinforce medical personnel offering their services in this region on the African continent. A rapid response was likewise given to the United Nations request, as has always been done when requests for cooperation have been made.

Any conscious person knows that political decisions which involve risks to highly qualified personnel imply a high level of responsibility on the part of those who call upon them to fulfill a dangerous task. It is even more difficult than sending soldiers, who have also done so as their duty, to combat and die for a just political cause.

The medical professionals who travel to any location whatsoever to save lives, even at the risk of losing their own, provide the greatest example of solidarity a human being can offer, above all when no material interest whatsoever exists as a motivation. Their closest family members also contribute to such missions what they most love and admire. A country tested by many years of heroic struggle can understand well what is expressed here. 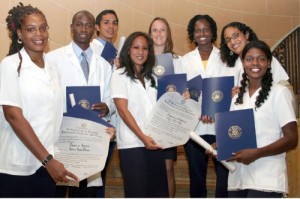 Everyone understands that by completing this task with maximum planning and efficiency, our people and sister peoples of the Caribbean and Latin America will be protected, preventing expansion of the epidemic, which has unfortunately already been introduced, and could spread, in the United States, which maintains many personal ties and interactions with the rest of the world. We will happily cooperate with U.S. personnel in this task, not in search of peace between these two states which have been adversaries for so many years, but rather, in any event, for World Peace, an objective which can and should be attempted.

Monday, October 20, at the request of several countries in the area, a meeting will take place in Havana with the participation of important authorities who have expressed the need to implement pertinent measures to prevent the spreading of the epidemic, and combat it in a rapid and efficient manner.

Caribbeans and Latin Americans will be sending a message of encouragement and of struggle to the rest of the world’s peoples.

The hour of duty has arrived.