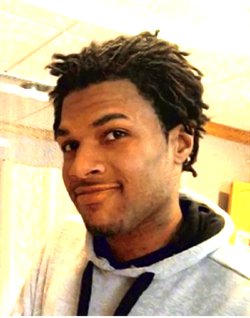 There is now no justice for John Crawford III, the 22-year-old African-American youth killed on Aug. 5 in a Wal-Mart store in Beavercreek, Ohio. A Greene County special grand jury did not indict Sgt. David Darkow and Officer Sean Williams, both white police officers, in the fatal shooting of this father of two, and found their actions “justified.”

The victim’s father, John Crawford Jr., denounced the grand jury’s Sept. 24 decision at a press conference the next day: “The officer went in and virtually shot him on sight. He did not have a chance.” (Associated Press, Sept. 25)

On the night of Aug. 5, 24-year-old Ronald Ritchie, who is white, called 911 and said that a Black man was brandishing a gun and pointing it at people, including two children, in the Wal-Mart store. According to Salon, “Ritchie claimed the police told Crawford to drop the gun, twice, but Crawford, ‘decided to swing the rifle to the officers, pointing at them, and that’s when the officer shot him twice.’” (Sept. 26)

Crawford’s family members, community residents and students demanded that Wal-Mart release the video of the shooting. However, it took a struggle to achieve this. Neither Ohio Attorney General Mike DeWine nor Wal-Mart would release the video.

The Ohio Student Association (OSA) organized demonstrations in Cleveland, a 200-person march to the Beavercreek police station and protests at DeWine’s office, calling for justice for Crawford and for the video to be made public. ColorOfChange.org reports that 60,000 people signed their petition demanding the video’s release.

Finally, after the grand jury decision, the video was made public on Sept. 24.

What it showed was horrific. Crawford was talking on his cell phone and walking around the store. He picked up an unloaded BB air rifle from a store shelf. He was pointing the toy gun at the ground, not at anyone. He was standing alone. Police came near him, yelling and shooting, hitting him twice. Crawford was on the ground within two minutes of police entering the store. He was still on the phone.

Crawford’s last words to police were, “It’s not real,” stated Leecee Johnson, who was on the phone with Crawford. (Democracy Now!, Sept. 25)

After seeing the video, John Crawford Jr. stressed, “It was an execution, no doubt about it. It was flat-out murder.” (Guardian, Sept. 7.)

The coroner’s office has ruled Crawford’s death a homicide.

Now, Ritchie, the 911 caller, has reversed his story, saying, “At no point did [Crawford] shoulder the rifle and point it at somebody.” (Guardian, Sept. 7) Some progressives insist that he, too, be prosecuted.

The family’s attorney, Michael Wright, said, “It was an unarmed black man that got shot and killed in Wal-Mart, and we can’t hide from that.” (AP) He said that Ohio Attorney General DeWine and special prosecutor Mark Piepmeier had “clear bias” in favor of the police.

Activists have the raised similarities to Michael Brown’s killing in Ferguson, Mo., on Aug. 9, and how local officials have dealt with both cases. ColorOfChange.org Executive Director Rashad Robinson said the Ohio and Ferguson press conferences showed that “the decks were stacked against justice. … The video not being released, the political apparatus in Ohio had weeks to criminalize John Crawford in death, the same way that Michael Brown was criminalized in death.” (Democracy Now!)

OSA organizer Prentiss Haney said that Brown’s death led to discussions about racism and close scrutiny of Crawford’s killing. “I think that race has always been a part of it, but I think Ferguson exploded it.” (AP, Sept. 26) Active in protests outside the grand jury sessions at the Xenia, Ohio, courthouse, Haney emphasized that this is “a national problem deeply rooted in racism that has plagued black and brown lives in our country.” (Guardian, Sept. 22)

James Hayes, also of OSA, observed that the prosecutor didn’t really try to prosecute the police in Crawford’s death, but seemed to be justifying their decisions. “We understand we must push forward, and it only strengthens our resolve to fight for justice for John, his family, and to fight for true systemic change that will make sure that there are fewer and fewer John Crawfords,” he said. (Democracy Now!)

The Crawford family is looking to the U.S. Justice Department to ascertain if their son’s civil rights were violated. Soon after the grand jury’s decision, the DOJ confirmed that it would carry out an “independent civil rights investigation” into Crawford’s killing. The family’s attorneys are examining other legal avenues as well.

Racism was the cause of John Crawford III’s death. Will there be any justice for him?