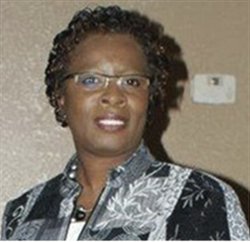 Quitman, Ga. — On Sept. 17, after three trials held over four years, Lula Smart, the first of the Quitman 10+2 to be tried, was found not guilty on all thirty-two counts.

Their efforts were successful. Three highly qualified Black educators were elected, changing the racial composition of the Brooks County, Georgia School Board to majority African-American for the first time.

Quitman is a small city in southern Georgia in Brooks County, along the Florida border. Despite African Americans making up at least 60 percent of the population, an entrenched aristocracy of white businessmen and politicians had held the power for generations.

This odyssey began when a white school board member who was also the senior assistant attorney in the district attorney’s office complained to the local DA of the impending absentee ballot-driven victory.

Following the election, voter fraud charges were leveled against the leaders of the absentee ballot campaign.

Within months, Georgia Gov. Nathan Deal removed the newly elected school board members and replaced them with the defeated white incumbents.

In two subsequent elections, these African-American candidates were re-elected with over 60 percent of the vote. They serve on the school board ­today.

However, the charges of vote fraud in the 2010 election continued to be pressed by Georgia Secretary of State Brian Kemp, at the behest of the governor. In three separate trials, with hung juries in the first two, Smart was accused of illegally touching or transporting ballots, a felony under Georgia law. It was never suggested that she tampered with a single ballot.

The prosecution’s case relied on the testimony of a postal clerk, John Boone, who claimed to have observed the defendant delivering bundles of ballots to the Quitman post office. He testified that on several occasions he removed these ballots from the mail receptacle and wrote down the names and addresses of the voters. He later provided these lists to the Georgia Bureau of Investigation. Cross examination established that half the people on the list submitted at trial either delivered their own ballots to the registrar’s office, didn’t return their ballot or didn’t receive one, according to the county registrar, who keeps track of absentee requests and ballots returned.

GBI lead investigator, Special Agent Amy Braswell, testified that she questioned over 400 absentee voters at their homes or their workplace.

Defense witnesses described how intimidating these “interviews” were, with armed agents appearing at their doorstep or job, demanding to know who they voted for and why they used an absentee ballot. Some who went through this experience expressed their reluctance to vote again.

The trial judge on multiple occasions criticized the prosecution for the lack of specificity of the indictment, asking “What act makes it vote fraud?” The multiracial jury likewise could find no evidence of a criminal act and delivered a resounding defeat for the prosecution.

Lula Smart’s acquittal in Quitman, along with the exposure of this strategy of candidate intimidation and voter suppression, may have wider ramifications. What will happen with the charges against the remaining members of the Quitman 10+2?

While this trial was taking place in south Georgia, Kemp made highly publicized allegations of voter registration irregularities against the New Georgia Project’s campaign, which has registered over 86,000 African Americans in the last six months. At a packed Sept. 17 public meeting of the State Elections Board, it was revealed that 26 registration forms had been found to have incorrect, false or unverifiable information, with a similar number still being investigated. There was no suggestion that the New Georgia Project had deliberately engaged in any illegal practices despite Kemp’s repeated, blanket assertions of fraud to the press.

It is evident that in this 50th anniversary year of the Civil Rights Act, racism continues to reveal itself in crass and open efforts to block voting rights in Georgia.