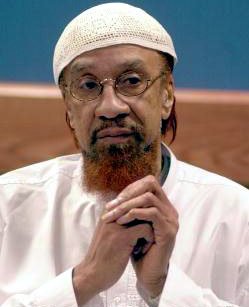 Workers World Party, without hesitation or compromise, demands along with many others the long-overdue freedom for Jamil Abdullah Al-Amin (formerly H. Rap Brown), who is currently housed at the U.S. Penitentiary, Administrative Maximum Facility in Florence, Colo.

Known as ADX, this federal prison has been dubbed one of the 10 worst prisons in not just the U.S., but the world.  It is a super-maximum security facility where Al-Amin has spent 23 hours a day in solitary confinement since he was transferred from Georgia’s Reidsville State Prison in 2007.

There is growing concern about the deteriorating health of the 70-year-old Al-Amin, who has been pre-diagnosed with multiple myeloma — cancer of the plasma cells — and multiple maladies like swollen legs, feet, ankles and jaw, along with significant loss of weight.

According to his spouse, attorney Karima Al-Amin, only a bone marrow biopsy can 100 percent confirm this diagnosis, which was made by a regional medical examiner in the prison. Both Karima Al-Amin and former U.S. Attorney General and human rights activist Ramsey Clark, who visited the ailing Al-Amin on June 22, are calling on the movement to demand that prison officials in Colorado and on a federal level immediately transfer Al-Amin to a medical facility, either in Butner, N.C., or Rochester, Minn., so he can get the necessary treatment he deserves and desperately needs.

Jamil Al-Amin should not have spent one day in jail, much less the 12 years that have been stolen from him since he was convicted of killing a white Georgia deputy in 2002. Just like Mumia Abu-Jamal, Leonard Peltier, the Cuban 5, the MOVE 9, Oscar Lopez and hundreds more,  Al-Amin is a political prisoner and a prisoner of war.

This war was in full swing in 1967, at the height of the Black Liberation movement in the U.S. and worldwide, when H. Rap Brown succeeded the late Kwame Ture (aka Stokely Carmichael) as chairperson of the militant Student Nonviolent Coordinating Committee. SNCC, like other formations, was fighting against racist state repression on the part of the U.S. government, especially the “counter intelligence” program known as COINTELPRO. 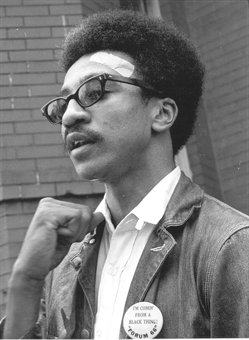 In 1968, Brown became minister of justice for the Black Panther Party for Self-Defense, targeted by COINTELPRO for extinction. An advocate for Black Power and the right to self-determination for African-Americans and other oppressed peoples, Brown was falsely arrested and harassed on numerous occasions.  He converted to Islam while imprisoned at New York’s Rikers Island in 1971 and eventually became Imam Jamil Abdullah Al-Amin.  Upon his release in 1976, he moved to Atlanta and helped form a Muslim community there in 1977, where he preached self-reliance.

Al-Amin has remained a target of the government due to his radical beliefs, especially in the 1960s and 1970s.

He was framed for the shooting death of the deputy in 2000, even though he did not fit the description provided by a supposed eyewitness during the sham of a trial that was very reminiscent of what happened to Mumia at his 1982 trial in Philadelphia.

The U.S. government has a consistent, shameful record of punishing veteran freedom fighters like Al-Amin, who dared to expose and challenge the racist status quo.  If it doesn’t execute them outright, like George Jackson or Malcolm X, the government and its repressive apparatus will force them into exile, like Assata Shakur, or falsely imprison them for life, like Al-Amin.

An attack on Al-Amin should be viewed as a political attack on all progressive activists and revolutionaries who are fighting to rid humanity of the rotten system of capitalism and imperialism.  Not only does Imam Jamil Abdullah Al-Amin deserve humane health care, he should be released immediately in order to be embraced by his family and by the movement that continues to be inspired by his courage. To demand adequate medical care for him, contact ADX at 719-784-9464 and Bureau of Prisons Medical Director Newton E. Kendig, M.D., at [email protected].