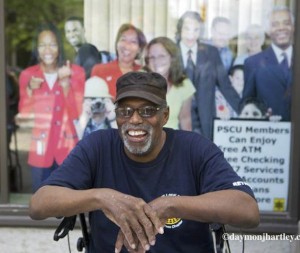 A standing-room-only audience at the United Auto Workers Local 600 hall on Detroit’s border in Dearborn, Mich., attended a memorial May 24 in honor of the life and contributions of General Gordon Baker Jr., a co-founder of the Dodge Revolutionary Union Movement and the League of Revolutionary Black Workers during the late 1960s. Baker died May 18 in Detroit.

Although he suffered from numerous ailments over the last few years, Baker’s enthusiasm and commitment to the working-class struggle never subsided. For the last two decades he was an important leader in the League of Revolutionaries for a New America, which was formed during the 1990s by activists across the U.S., many of whom had previously been members of the Communist Labor Party.

During the 1950s and 60s, Detroit was a base for activist radicals who pushed the limits of the Civil Rights, Black Power, Pan-African and Left movements. At Wayne State University, Baker was a co-founder in 1963 of a student organization called UHURU (freedom in Kiswahili), which was a forerunner of the many militant African-American youth organizations founded later in the decade.

UHURU supported Malcolm X; advocated in favor of the national liberation movements in Africa, Asia and Latin America; and identified with the Cuban Revolution headed by Fidel Castro and Che Guevara.

In 1965, Baker rejected the draft during the Vietnam War. He wrote an open letter to the draft board: “When the call is made to free the Black delta areas of Mississippi, Alabama, South Carolina; when the call is made to free 12th Street here in Detroit, when these calls are made, send for me, for these shall be historical struggles in which it shall be an honor to serve!”

In 1966, Baker along with other Detroit radicals formed the first Black Panther organization in the city. A number of African-American workers’ organizations blossomed, and in the spring of 1969 they came together with students and community activists to form the League of Revolutionary Black Workers.

A longer version of this article is available at panafricannews.blogspot.com.