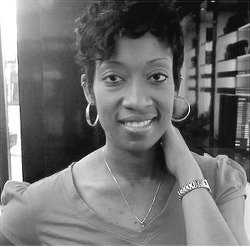 People across the country are outraged by Florida State Attorney Angela Corey’s recent decision to retry Marissa Alexander, a Black woman and a survivor of intimate partner violence who defended herself against her attacker, with the possibility of a 60-year prison sentence.

In 2012, Alexander was accosted by her estranged spouse, a man who admitted in a deposition to beating “every last one … except for one” of the five mothers of his children. He showed up at Alexander’s door with two of his children in violation of a restraining order granted by the courts after he had violently assaulted Alexander in a previous encounter.

After he broke down the door of the bathroom where Alexander was hiding, choked her and threatened to kill her, Alexander found her legally registered gun and fired a warning shot into the wall, injuring no one. For the “crime” of defending herself, Alexander was convicted on three counts of aggravated assault and given a 20-year sentence in a Jacksonville court.

After Alexander unjustly served three years in prison, an appeals court overturned the 2012 conviction, finding that the presiding judge had incorrectly instructed jurors so that Alexander had to prove that her husband was abusive to her. These instructions smack of the sexist U.S. criminal justice system’s assumptions in gender-based violence cases — be it rape or intimate partner violence — that when pursuing justice against her assailant, the victim must actually be put on trial to justify herself and her actions. It was only after a mass movement involving nationwide protests, progressive media coverage and petition campaigns rose up to demand Alexander’s release that the conviction was overturned.

Corey, who served on the prosecution team, was also part of the teams that allowed George Zimmerman and Michael Dunn, both of whom claimed self-defense, to be acquitted for killing unarmed Black teenagers under Florida’s “stand your ground” law. While these two killers walk free, Corey’s office claims that it is simply following the law in ratcheting up its pursuit of Alexander. Jackelyn Bernard, the director of communications for the State Attorney’s Office, even attempted to turn the racism in this scenario on its head by claiming that “the only thing Ms. Corey is ‘seeking’ is justice for two black children and their father.” (msnbc.com, March 4)

Mandatory minimum laws, posed as “tough-on-crime” initiatives that will deter potential criminals, serve only to impose unjust sentences and increase the number of incarcerated in this country with the largest prison population in the world. That population has swelled with women in recent years; the Sentencing Project notes that “the number of women in prison … is increasing at nearly double the rate for men. These women often have significant histories of physical and sexual abuse.”

A large number of these women are survivors of intimate partner violence who have been imprisoned for defending themselves from their attackers. Advocacy groups like California-based Free Battered Women, the New-York-based Coalition for Women Prisoners, and the National Clearinghouse for the Defense of Battered Women work specifically to address this injustice. Alexander supporters rightly argue that a conviction in this case sends the message to women that defending themselves against intimate partner violence will lead to further violence perpetrated against them by the state.

The movement to free Alexander must remain vigilant to see that she is not thrown into prison for life, and that the sexist, racist nature of the prison-industrial complex and the U.S. criminal justice system is exposed.

In response to the announcement by Florida prosecutor Angela Corey that she would seek three consecutive terms totaling 60 years in Marissa Alexander’s new trial, an outreach rally and march were quickly organized in Oakland, Calif., on March 8, International Women’s Day. People gathered for a short rally at Oscar Grant Plaza, then marched slowly down Broadway, handing out a specially produced pamphlet on Alexander’s case. The event was sponsored by ONYX Organizing Committee, Workers World Party and Free Marissa Alexander, Oakland Committee.

For more information and to get involved, see ­justiceformarissa.blogspot.com.