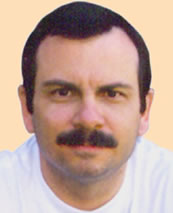 After spending 15 years unjustly imprisoned for fighting terrorism, Fernando González, one of the Cuban Five, is scheduled to be released from federal prison on Feb. 27. Fernando will be the second of the Five to be released. René González was released in October 2011 after serving his entire sentence.

The Five were sent to Miami in the early 1990s to monitor anti-Cuban terrorist organizations there that were responsible for many violent attacks against Cuba. Their purpose was to gather information about planned attacks so the plans could be stopped before they were carried out.

Unprovoked terrorist attacks on Cuban soil, which have been launched by Miami-based groups, include sabotage and bombings of hotels and department stores. The attacks have resulted in more than 3,400 deaths, with more than 2,000 people wounded.

In 1976, a bomb aboard a Cuban airplane exploded, killing all 73 passengers, including the Cuban national fencing team. This bombing was masterminded by CIA-trained terrorists Orlando Bosch and Luis Posada Carriles. For many years Bosch and Posada Carriles lived freely in Miami. Bosch has died, but Posada Carriles, who is now 86, still resides there.

The Cuban Five were able to amass evidence implicating specific individuals, like Bosch and Posada Carriles, and groups that planned these attacks. In an effort to put an end to them, Cuba shared this information with the FBI in 1998. But instead of arresting the terrorists, the FBI arrested the Five, put them in solitary confinement for more than a year, tried them in the poisonous atmosphere of an anti-Cuban Miami courtroom, and sentenced them to outrageous prison terms.

When asked about his impending release, González told this writer via email: “… I would like to … thank all those who have been so supportive through the years. My gratitude to all of them. I will also exhort all our friends to support the event that will be held in London at the beginning of March and the 5 Days for the 5 in Washington, D.C., in June that is being organized by the International Committee [for the Freedom of the Cuban 5]. I will also call all our friends to continue in the struggle until Gerardo [Hernández], Ramón [Labañino] and Tony [Antonio Guerrero] are released from prison.”

“The return of Fernando appears to be imminent, but there is no real victory until all Five are home,” Alicia Jrapko, of the International Committee, told Workers World. “We are very happy that he will soon be reunited with his family in Cuba, but his release was not because of some favorable gesture by the U.S. government, but because he has served his entire sentence. Now is the time for us to increase our efforts in the struggle for the freedom of all of them.”

The International Committee for the Freedom of the Cuban 5 is planning the third “5 Days for the Cuban 5,” which will take place in Washington, D.C., June 4-11. As in previous years, the week of activities will include a rally in front of the White House to demand that President Barack Obama use his executive powers to free all of the Cuban Five. For more information about the upcoming 5 Days for the Cuban 5, see thecuban5.org.