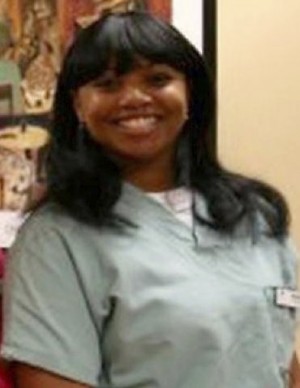 Beginning at 2 p.m. on Oct. 3, there was nonstop coverage on all the ruling-class media about a car chase that took place in the heavy security area in Washington, D.C.  The chase involved a driver who crashed gates in front of the White House and on Capitol Hill. Cameras focused on a full mobilization of D.C. Metropolitan and Capitol Hill police along with the FBI and other armed federal agencies.

There was endless commentary on how the lives of the police, who had their guns and automatic rifles drawn the entire time, were being threatened in the face of the lone driver using the car as “a weapon.”  After the car crashed and the driver was exiting the car, several police shot multiple times, killing the driver.

That driver turned out to be a 34-year-old dental hygienist, Miriam Carey, from Stamford, Conn.  She was shot so many times that it took longer than usual to identify her. This African-American woman and mother of a 13-month-old toddler — who was also in the car but reportedly not hurt — had lost her job in 2012.  Her family and boyfriend reported that she was taking medication for schizophrenia, bipolar disorder and postpartum depression.

As she stepped out of the car for her final breath, she had no weapon on her.  For all the talk about the police being threatened, only two police officers were hurt, and with only minor injuries.

Throughout the day, the press was speculating that maybe this was a terrorist attack or maybe this was someone upset by the government shutdown, which was entering its third day on Oct. 3.  One question that the media have not asked is why didn’t the police shoot at the car’s tires instead of Carey?

After Carey was shot to death, they then stated that the incident was “isolated.”

But was it really an isolated incident?  Not really. There are many current cases and many more to come of people suffering from mental illness who, instead of receiving the adequate treatment they deserve as fellow members of humanity, are locked up in prisons. One National Public Radio report estimated this number at 350,000.

This lack of treatment is due to the systematic closing of hospitals coupled with unemployment, low-wage jobs, homelessness, deadly cuts in food stamps, etc., which bring many to the point of anti-social behavior because all positive outlets for leading healthy lives have been eliminated under a profit-driven system now in crisis. For all the talk about Obamacare, there are millions of people, especially African Americans, the undocumented and the poor in general, who as of now will continue to go uninsured.

There are also others, like Miriam Carey, who because of erratic behavior — even if not threatening — have wound up at the mercy of the shoot-to-kill mentality of the police and other repressive forces on a local, state and federal level. Those imprisoned and these victims far outnumber the tiny handful of mentally ill people who actually have been a threat. And those — think of the recent massacres — might have been prevented if the individuals had received adequate mental health care.

Miriam Carey does not deserve to be demonized. She did not exhibit criminal behavior.  Any erratic behavior that she may have displayed did not warrant her slaughter.  The criminal behavior belongs to the police and the big-business media that defend the cops’ actions when it comes to protecting the private property of the status quo and their puppet politicians.  In the meantime, another child loses its mother in a split second of senseless state violence.