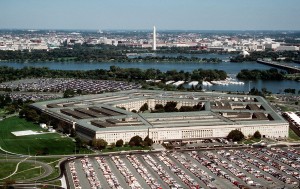 Feb. 25 — Dramatic front-page headlines in the New York Times accusing the People’s Liberation Army of China of being behind computer hacking in the U.S. have all the earmarks of a Cold War-style propaganda attack on China.

This bellicose attack comes at the same time that new leadership is about to take over in China. It comes in the context of the U.S. “pivot” to the Pacific and the buildup of military forces there directed at China. It comes at a moment when the Pentagon is facing the prospect of budget cuts. And it comes at a time of intractable economic crisis, when the U.S. government and the financial authorities are desperate to shore up the economy.

Seeming to surface out of nowhere — in the midst of debates about budget cuts, gun control, immigration reform, maneuvers over cabinet appointments and so on — this sudden flare-up of hostility is a dangerous step forward by anti-China hawks in the Pentagon and the establishment.

The China-hacking smear campaign was based upon a 60-plus-page report sent to the New York Times by the computer security firm Mandiant. The Times wrote a 3,000-word lead front-page article, replete with code names, charging that internet protocol addresses pointed to a building in Shanghai that allegedly housed a unit of the PLA.

The Chinese government and the PLA have strenuously and categorically denied the charges. They called the charges irresponsible and pointed to the lack of any proof. Other U.S. experts in cyber security pointed out gross inconsistencies in the report and asserted that no one can pinpoint the location or origin of a computer breakin by the IP address alone. It is common practice among hackers to conceal their origin by directing the IP address to a false location. (Jeffreycarr.blogspot.com/2013/01/ — search for “China”)

Be that as it may, what stands out is that the hacking story is being used politically to stir up suspicion and hostility against China and the Chinese military, even though all the alleged targets of the hacking were economic, i.e., unnamed private corporations.

The Times reported this incident in a sensational manner, conjuring up images of China destroying U.S. electrical grids, water supplies, communications systems, ad nauseam. The leap from alleged economic corporate spying, which takes place on a regular basis among all major companies and all governments, to a lurid military-spun fantasy about subversive Chinese aggression is calculated to stir up antagonism against China.

Mandiant is a cyber security company that has cashed in on the recent anti-China boom. It works for the Fortune 100. Cyber security is a $30 billion industry, and Mandiant had revenue of $100 million in 2012, up 60 percent from the previous year. (Reuters, Feb. 22)

Mandiant operates out of Arlington, Va., and is tied to the military and the CIA. Its CEO and founder, Kevin Mandia, has worked for Lockheed Martin and U.S. Air Force intelligence. Its chief security officer, Richard Bejtlich, has worked for the Air Force Internet Warfare Center and the Air Intelligence Agency.

They are part of a growing wing of the military-industrial complex. For example, a keynote speaker at a Mandiant-sponsored conference held at the Washington Ritz-Carlton hotel last October was retired Gen. Michael Hayden, former head of the National Security Agency and then of the CIA. Hayden is part of the Chertoff Group, run by former head of Homeland Security Michael Chertoff.

It should be remembered that the U.S. and Israel developed the Stuxnet virus, which sabotaged Iran’s nuclear facilities. This is far more than mere espionage. It was an act of warfare. These are the forces behind the report.

The Times story and the Mandiant report are nothing less than a “nongovernmental” attack organized by the U.S. government and the Pentagon to lay the basis for further military measures against China.

The report was leaked to the New York Times. It could have been handled in a completely toned-down style or behind closed doors, the way many matters of the gravest importance are handled. Making it public in such a dramatic way was the real political aggression. Buried in the Times article on the report was the admission that the Times has a “business relationship” with Mandiant.

The Times is the most prestigious mouthpiece of the U.S. ruling class. It could never have issued such a sensational blast at the PLA without prenotification and thorough consultation with the Pentagon and the State Department, as well as the White House. In fact, President Barack Obama previewed the attack with a strong reference to “our enemies” and cyber attacks in his State of the Union speech. This was clearly a coordinated offensive.

It should be recalled that former New York Times reporter Judith Miller worked with the Bush administration and the Pentagon to sell the Iraq war, writing front-page articles about how Saddam Hussein was stockpiling “weapons of mass destruction.” She and the Times were ultimately discredited when the reports proved false, but they helped pave the way for the U.S. invasion.

Similarly, the timing of the race to push forward the Mandiant report was partly driven by the Pentagon’s plans to bolster its Cyber Command staff from 900 to 4,900. Thus the report was also aimed at protecting this projected increase in a key Pentagon program at a time of talk about general austerity and Pentagon cutbacks.

The capitalist media are understood by Marxists to be an integral part of the capitalist state. They are sometimes described as the fourth arm of the state — the means of ideological and informational compulsion. The treatment of the Mandiant report was truly a state-to-state transaction, giving the capitalist government a safe distance should it find it diplomatically necessary to dodge and double talk.

This report was a shot across China’s bow just when new leadership is about to take over. It is a flagrant threat and an attempt at destabilization. Washington and Wall Street are demanding that China move more vigorously toward abandoning state-owned corporations and state planning and open up wider to a complete takeover by the capitalist class and imperialism.

The top agencies of the U.S. government, the imperialist think tanks, the International Monetary Fund and World Bank — all are pressuring the Chinese leaders to make more political space for the bourgeoisie to organize in China under the slogan of “reform.”

The new leadership under Xi Jinping takes over after the previous leaders crushed the left wing at the top of the party, led by Bo Xilai. The new leaders are now faced with an encouraged and stronger right wing. This newest, most brazen threat to China’s armed forces is undoubtedly calculated to send a message to the new leadership that the U.S. wants to see a deepening of capitalist reforms and opening up to imperialism — or else.

These actions must be seen as part of Washington’s so-called “pivot” toward Asia — a euphemism for increasing its encirclement and military pressures on China. The present media attack is directed at the element within China regarded by the Pentagon as its primary adversary in the world: the People’s Liberation Army.

The so-called “pivot” is not new. It comes after a long history in which U.S. imperialism, and particularly its admiralty, have regarded the Pacific Ocean as a “U.S. lake.” The recent application of this doctrine is the “pivot” and is part of a multipronged offensive.

Both the Bill Clinton and George W. Bush administrations escalated military pressure on China. Clinton moved a vast arsenal of naval and air weapons systems to Japan and Guam. The Bush administration sent an additional carrier force to the Pacific and announced the deployment of more submarines to the region.

The Obama administration went further. It expanded its joint naval exercises with Japan to prepare for the defense of disputed islands, abandoning the historic hands-off U.S. position. The U.S. sent Marines to Australia and restored military cooperation with Indonesia and New Zealand. Over the last three years the Obama administration has carried out the largest joint military exercises in Asia since the Korean War.

In January 2010, the Pentagon sold advanced military equipment to Taiwan, an island historically part of China that is politically separate only because it became the refuge of counterrevolutionary armies driven from the mainland in 1949 by the Chinese Revolution.

In July of that year, the U.S. and south Korea carried out a major military exercise in the Yellow Sea simulating war with China.

Washington has also strengthened its south Korean puppets militarily and is programmed to set up a theaterwide anti-missile system involving Taiwan, south Korea and Japan — all aimed at China and the Democratic People’s Republic of Korea.

In addition to military moves, anti-China economic measures are in the works. A Trans-Pacific Partnership that would include most of the nations in the region, plus the U.S., has excluded China.

The Pentagon is under pressure to make cutbacks in military spending, both from the masses who need the money and from the bankers who want to grab the money. The global suspicion generated by the hacking headlines is calculated to bolster the cyber war capabilities of the Pentagon and justify its huge budget by painting China as an “enemy” that must be defended against. It is supposed to provide support for new weapons systems that the Pentagon has in mind for its encirclement of China — including new generations of missile ships, long-range drones, new piloted bombers and ballistic missiles. All can be deployed outside the range of China’s defenses.

These types of big-ticket items were built up during the Cold War against the USSR and China, and made the military-industrial complex the dominant economic and political force in U.S. capitalist society. The anti-China hacking story is part of the campaign not only to ward off budget cuts but to increase the hundreds of billions of dollars handed over to the Pentagon for war

Finally, this attack comes at a time of stagnating U.S. economic growth that has led to mass unemployment and underemployment and declining wages. Because the masses have little money to spend, Pentagon spending becomes more integral to holding up the economy. It should be noted that with a dip in Pentagon spending in the fourth quarter of 2012, the economy shrank 0.1 percent.

The working class and the oppressed peoples must not be taken in by the attention-grabbing headlines against China and the PLA. It is the workers in both countries who will suffer from any escalation of Cold War-style tension generated by the Pentagon and the White House.

Schools are closing, hospitals are being shut down, social services are being cut, no money is spent on jobs, and prisons are filled with predominantly Black and Latino/a youth. The capitalist profit system is bringing more and more hardship to the people.

The enemies of the workers here are not the Chinese people or the Chinese government. The real enemies are the big capitalists who are running society into the ground at the expense of the masses. And one of the biggest concentrations of avaricious capitalists is military contractors — merchants of death who profit from war and war preparation.

As for “hacking,” technology is the product of the millions of people who have created it, not just in this generation but going back to long before the pyramids were built. This technology was created by humanity; it should belong to humanity as a whole to be used for its benefit. No group of avaricious monopolists should be allowed to own, control and use it against the people.