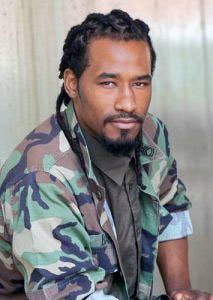 Philadelphia — After less than an hour of deliberation on Feb. 19, a jury acquitted Black community activist, Askia Sabur, on all charges stemming from a Sept. 3, 2010, assault by Philadelphia police.  In front of a courtroom packed with Sabur’s family members and supporters, the jury foreman responded “Not guilty” as each charge of aggravated assault against a police officer, attempting to disarm a law enforcement officer, simple assault, reckless endangerment and resisting arrest was read.

The acquittals followed a four-day trial during which police involved in the incident repeatedly lied and gave conflicting testimony.  The defense presented irrefutable evidence that the police were lying with a 2-and-a-half minute cell phone video taken at the scene. The video, showing Sabur being viciously assaulted by police, was widely disseminated shortly after the incident and was picked up by local media, CNN and the BBC.

Defense witness Shawn Merritt, Sabur’s cousin, described waiting to pick up food outside a west Philadelphia takeout when Sabur came by on his bicycle.  As the two stood talking, police officers Danyul Williams and Jimmy Leocal pulled over in their car and immediately ordered them to “Get the f—k off our corner.” When Merritt, whose fiancée and three-year-old daughter were in the restaurant, told the police he was just waiting for his food and wouldn’t leave, the officers demanded the men show identification.

As Sabur, an unarmed 29-year-old man, tried to reach for ID, Williams handcuffed his wrist.  Sabur repeatedly asked why he was being arrested and pulled away when the officer jerked his other arm behind his back, hurting him.

Leocal then grabbed Sabur by the neck and slammed him to the ground. In the scuffle that ensued, Merritt testified that Leocal struck Sabur in the front of his head with a metal baton while he was standing and then repeatedly hit him on the back of his head and body when he was on the ground. The video supports this and an enlarged photo introduced by the defense showed several wounds across the back of Sabur’s head.

The defense repeatedly played the video of the beating in court. It also showed Leocal pointing his gun at onlookers and threatening the man taking the film. A woman, arrested for recording the incident, claimed police smashed her phone in violation of police protocol.

‘The system is broken’

Even though the officers involved were the subjects of multiple civilian complaints and Internal Affairs investigations, this information was ruled inadmissible in court.

It took over two years, numerous delays, five different judges and two different prosecutors for the case to finally be heard.  Abdus Sabur, Askia’s father, told Workers World, “These delays show the system is broken.  They were looking to defuse support, but it didn’t work.” Undeterred by the postponements, Sabur’s supporters filled the courtroom every day.

Sabur was legally represented by attorneys Larry Krasner and Evan Hughes.  Assistant District Attorney Carolyn DeLaurentis led the prosecution, whose witnesses were all police officers and whose case rested on contradictory police claims that Sabur bit Williams during the scuffle.

During their testimony, the police had trouble getting their story straight about their reason for confronting Sabur. At first, Williams said they were looking for a tattooed man who shot up a day care center.  Merritt has a visible tattoo.  Later, Williams said they only stopped to give Sabur a citation for “blocking a highway” with his bike but not to arrest him.

In his statement immediately after the incident, Leocal wrote “disorderly conduct” as the reason they confronted Sabur. After the video had received wide public distribution and again in court he claimed they pulled over to “arrest Sabur for obstructing a highway.” Neither officer bothered to explain how a four-foot bike leaning against a wall could block a 12-foot-wide sidewalk.

The details of Williams’ charge that Sabur “bit him” also shifted.  In a written report made after the video, Williams said he was bitten several times on his left side, was bleeding and required hospital treatment.  The only photographic evidence, however, of broken skin was of Williams’ right hand.

The hospital report, introduced into evidence by Krasner, mentions a “fight bite” on Williams’ hand (which could have resulted from punching Sabur). In court, Williams testified that the bite was on his right side and had not broken the skin.

Another prosecution witness, Police Sgt. Edward Hays, repeated this series of lies, first writing in 2010 that the bite was on Williams’ left side but mentioning no blood. In court, Hays testified, “Sabur bit Williams on his right side, right through his [leather] vest” causing bleeding.

Alleging “We were fighting for our lives,” Leocal claimed they were surrounded by an extremely hostile, bottle-throwing crowd while trying to subdue an “out-of-control” Sabur, whom he repeatedly described with derogatory terms.  Leocal said Sabur was on top of Williams, tried to steal his gun and even took Williams’ baton. The video, however, shows Leocal repeatedly striking Sabur while he was face down on the ground, with Williams on top.

Individual police estimates of the crowd ranged from 25 people to Hays’ claim that “it was bedlam with 300 people or more threatening them.”  When confronted with the inconsistencies between their oral statements and written reports, all of the officers claimed someone else completed reports that they signed.

Defense attorney Evan Hughes began his closing remarks by reading the long list of injuries Sabur sustained at the hands of the police. Labeling their actions “heinous,” Hughes described the case as “a story about two officers who thought they were above the law and acted accordingly.”  He condemned their “apparent willingness to effortlessly lie under oath before a jury to protect their reputations and careers.”

Hughes dismissed the allegation that Sabur tried to take a weapon from either of the officers, noting, “If my client had gone for an officer’s weapon he wouldn’t be here today — they would have shot him.”

The defense based their case on Pennsylvania laws that determined self-defense is justified against police using unreasonable force and putting a defendant’s life at risk.  In his instructions to the jury, Judge Roger Gordon also noted that a defendant cannot be found guilty of resisting arrest for arguing with officers.

Hughes urged the jury to send a message that it’s not okay for police to treat people like this. It appears they did just that.