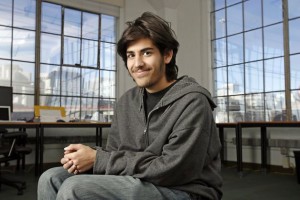 The largest online protest in history, known as the anti-SOPA Internet strike, took place on Jan. 18 a year ago to oppose the Stop Online Piracy Act and the Protect IP Act. If passed, SOPA and PIPA would have had the potential to drastically censor and limit users’ access to online information, as well as give the U.S. government more power to police the Internet.  The bills were backed by corporations in the entertainment industry,

In response, more than 115,000 websites — including Wikipedia, Reddit, Google and Craigslist — shut down or ran statements against the bills. More than 13 million Internet users participated in some way, either by not using their social media accounts, blogging against SOPA or boycotting the services of companies that favored the bills.

On Twitter alone, 3 million anti-SOPA messages were sent out. Another 10 million petition signatures, 3 million emails and 100,000 phone calls against the bill were sent to the U.S. Congress. (Intellectual Property Watch, Jan, 19, 2012)

The next day, the Internet activist group Anonymous launched Operation Megaupload, which disturbed access to eight corporate and governmental websites, including the FBI, Warner Brothers Music Group, the U.S. Department of Justice and Universal Music Group.  While the Anonymous action was in direct response to the earlier shutdown and arrest of employees of the file-sharing service Megaupload, it was clearly seen as a followup to the Jan. 18 protest.

By Jan. 20, 2012, due to this massive demonstration against Internet censorship, SOPA and PIPA were officially shelved.  One year later, technology and Internet activists have been holding events around the country to commemorate the anti-SOPA victory. Jan. 18 is now being referred to as Internet Freedom Day.

One of the primary leaders of the anti-SOPA movement is the group Demand Progress. It was led by Internet and technology activist Aaron Swartz, who tragically committed suicide on Jan. 11.  Swartz, who was open about his struggle with depression, was facing up to 35 years in prison and a $1 million fine for using computers at the Massachusetts Institute of Technology to download millions of academic articles from the digital library JSTOR. He had intended to make them available to the general public free of charge.

Once caught, Swartz returned the articles and JSTOR made it clear it had no intention of pressing charges. In fact, in the week before Swartz died, JSTOR announced that 1,200 journals from its archive had been opened for limited reading by the public. (Democracy Now, Jan. 17)

That’s a total of 13 felony charges for a so-called crime that involved no violence and no victim. The online news service Think Progress ran a story on Jan. 14 pointing out that under U.S. law, charges such as manslaughter, bank robbery, even the physical assault of a U.S. Supreme Court justice carry less jail time than what Swartz was facing.

Over the last two years, different lawyers have worked on the Swartz case. Swartz nearly succeeded in negotiating a plea bargain to serve no time, based on his struggle with depression. But MIT refused to sign the deal. Swartz’s current lawyer would later reveal that two days before Swartz’s death, he was offered six months in jail if he pled guilty to the 13 charges. But Swartz felt strongly that the acceptance of felony charges would significantly curtail his activism and his professional life.

In a public statement, Swartz’s family and partner Taren Stinebrickner-Kauffman said that his death was “not simply a personal tragedy. It is the product of a criminal justice system rife with intimidation and prosecutorial overreach.”

Stinebrickner-Kauffman appeared on Democracy Now Jan. 17 and spoke out passionately against the U.S. criminal  “justice” system. She said, “Why would you charge somebody with up to 35 years in prison if you actually think that all they deserve is six months, as the plea deal suggested? And this happens to people every day in our system, and most of them have many fewer resources than Aaron … and don’t have the option necessarily even of considering hiring a lawyer and going to trial over the course of two years, and are forced to take the plea deals when they’re not guilty or when the plea deals are completely unjust.”

Stinebrickner-Kauffman, the founder and executive director of SumOfUs, which organizes online campaigns to hold multinational corporations accountable, says that “we incarcerate more people per capita than any other country in the world, and we don’t see lower crime rates because of it. … Our system is unfair. And Aaron and millions of other people suffer because of it.”

Fight for freedom of information and expression

Aaron Swartz’s death is a big loss to the Internet activist movement and the progressive movement as a whole. Hundreds of articles and blog posts have paid tribute to him and condemned the U.S. government and MIT for their clear vendetta.

Those who knew him best described Swartz as a brilliant, funny, yet painfully shy person, whose creativity and curiosity were insatiable. He spoke out against and blogged about racist and sexist practices in the technology industry. Swartz also openly dated both women and men and refused to politically “label himself” as bisexual or define his sexual identity.

On his personal blog, Swartz wrote: “If we truly want to expand the scope of human freedom, we should encourage people to date who they want; not just provide more categorical boxes for them to slot themselves into. A man who has mostly dated men should be just as welcome to date women as a woman who’s mostly dated men. So that’s why I’m not gay. I hook up with people. I enjoy it. Sometimes they’re men, sometimes they’re women. I don’t see why it needs to be any more complicated than that.”

Renowned for co-authoring the Rich Site Summary or Really Simple Syndication at the age of 14, Swartz went on to become a major champion of equal access to online information as well as use of free, open-source technology.  In 2006, Swartz created Open Library, an online book project that allowed for “one web page for every book ever published.”  (openlibrary.org)

According to its website, Open Library is a completely open project, meaning that “the software is open, the data are open, the documentation is open, and we welcome your contribution. Whether you fix a typo, add a book, or write a widget — it’s all welcome.”  Frustrated by the governmental and corporate control of information, Swartz somehow obtained the complete bibliographical dataset of the Library of Congress and uploaded it onto Open Library.

In July 2008, Swartz wrote a document entitled “The Guerilla Open Access Manifesto” that pointed out how race, class and corporate greed kept people in the U.S. and around the world from freely accessing scholarly or scientific writings. He was particularly concerned by the fact that user fees for most online academic journals were so high that one needed to be connected to an elite university in the United States or Europe to access them.

Swartz wrote: “Forcing academics to pay money to read the work of their colleagues? Scanning entire libraries but only allowing the folks at Google to read them? Providing scientific articles to those at elite universities in the ‘First World,’ but not to children in the ‘Global South’? It’s outrageous and unacceptable. … ‘I agree,’ many say, ‘but what can we do? The companies hold the copyrights, they make enormous amounts of money by charging for access, and it’s perfectly legal — there’s nothing we can do to stop them.’ But there is something we can, something that’s already being done: we can fight back.”

This was precisely his motivation for essentially “checking out too many library books” from the JSTOR database. The chief witness for the defense, Alex Stamos, digital security engineer and co-founder of iSEC Partners Inc., was prepared to testify that Swartz’s actions did not qualify as “computer hacking” so the use of the Computer Fraud and Abuse Act was unwarranted. (Democracy Now, Jan. 17)

Since Swartz’s death, the anti-SOPA movement has vowed to focus on fighting the Computer Fraud and Abuse Act and has launched several campaigns and actions, including using Jan. 18, Internet Freedom Day, to hold tributes to Swartz and talk about his case.

On Jan. 12, an online petition was created calling for the Obama administration to “remove U.S. District Attorney Carmen Ortiz from office for overreach in the case of Aaron Swartz.” To date more than 43,000 people have signed it.  (www.petitions.whitehouse.gov)

In a tribute to Swartz, on Jan. 13 the Internet activist group Anonymous shut down the websites of both the Department of Justice and MIT, along with the university’s email service and newspaper. (Huffington Post, Jan. 14)

When the notorious Westboro Baptist Church, famous for right-wing and anti-LGBTQ stances, threatened to picket Swartz’s funeral on Jan. 15, Anonymous launched Operation Angel, calling on the political movement to physically defend Swartz’s funeral. The WBC did not show up.

The next day Anonymous vowed to “publicly endorse specific changes to the Computer Fraud and Abuse Act.”  On Jan. 15, Rep. Zoe Lofgren of California  introduced Aaron’s Law,  which many see as a good development in reforming the current law. At the same time, many in the progressive movement, including Anonymous, want to see far more radical changes than what Lofgren may propose.

Anonymous also called for several online demonstrations that would “shut down or deface official websites belonging to the Massachusetts Institute of Technology and the Department of Justice, specifically the official websites of the prosecutors in the Aaron Swartz case.”

Public demonstrations have been called on Jan. 25 for Washington, D.C., at 600 Pennsylvania and Constitution, and in Boston at the John Joseph Moakley Courthouse at 1 Courthouse Way. Aaron Swartz, presente!