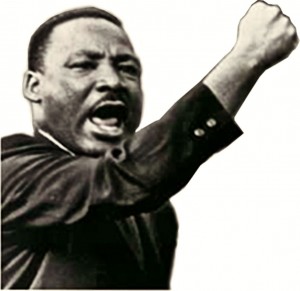 The Rev. Dr. Martin Luther King Jr. would have been 84 years old this Jan. 15. His legacy today is as important as it was during the struggle for civil rights and peace during the mid- and late-20th century.

From the early campaigns of the Montgomery Improvement Association, which led the bus boycott of 1955-56, to the massive marches on Detroit and Washington in the summer of 1963, to King’s last efforts aimed at winning recognition for the Memphis sanitation workers during early 1968, an alliance between labor and the African-American community was essential in winning victories against racism and national oppression. This legacy must be reclaimed in the current fight against the attacks on the working class and the captive nations inside the United States.

King was thrust into the public arena in late 1955 when E. D. Nixon, president of the Montgomery NAACP, appointed him spokesperson for the Montgomery Bus Boycott, the struggle sparked by Rosa Parks’ refusal to give up her seat to a white man in a segregated bus on Dec. 1. Parks’ arrest galvanized the African-American community to break down segregation in transportation, as Nixon expected.

Nixon had become a Pullman porter in 1925 and worked on trains between Alabama and Florida, one of the few respectable union jobs available to African-American men during legalized segregation in the South.

Nixon became a regional leader of the union and eventually served as president of the Alabama Conference of NAACP chapters. He was thus well positioned to organize the bus boycott that began Dec. 2, 1955. Working-class African Americans carried the weight of the boycott, which lasted over a year, with the Women’s Political Council, under the aegis of Jo Ann Richardson, organizing most of the initial mobilizations. In February 1956, the group won the lawsuit ending legalized segregation in Montgomery’s municipal transport.

Marches on Detroit and Washington

Dr. King went on to join the struggles against segregation and racist violence in Birmingham, Ala., in the spring of 1963. Thousands of youth recruited to the movement faced brutality and mass arrests.

The victory against racists in Birmingham created the atmosphere for the June 23, 1963, “March to Freedom” in Detroit. The march’s main organizer was the Rev. C. L. Franklin, pastor of New Bethel Baptist Church. He was known for his recordings and radio broadcasts that thrust his daughter, Aretha Franklin, into national prominence.

March organizing brought in the leadership of the United Auto Workers, then headed by Walter Reuther. The UAW had supported the Civil Rights movement since the Montgomery Bus Boycott, with UAW Region 1A mobilizing 1,500 people in April 1956 to hear E. D. Nixon.

Dr. King led the Detroit march, which attracted more than 200,000 people, in a demonstration down Woodward Avenue to Cobo Hall, where he delivered his first “I Have a Dream” speech. The Detroit success gave impetus to the Aug. 28 “March on Washington,” in which veteran labor organizer A. Phillip Randolph and African-American women’s advocate Dorothy Height, president of the National Council of Negro Women, played a big role.

As early as 1958 in his book “Stride Toward Freedom,” King wrote, “The unions forming the AFL-CIO include 1.3 million Negroes among their 13.5 million members.” In his 1964 book “Why We Can’t Wait,” King noted, “Some of the same states today opposing progress in civil rights were the same that defied the union’s [organizing] efforts during the thirties.“

Dr. King and the Southern Christian Leadership Conference’s final campaign in 1968 was to join citywide support efforts in Memphis aimed at winning recognition for American Federation of State, County, and Municipal Employees Local 1733, the nearly all-Black sanitation workers union. The strike, which had mobilized Memphis’ African-American community, was important for the SCLC’s Poor People’s Campaign later that spring, which was designed to demand federal legislation eradicating poverty in the U.S.

King had called for a general work stoppage in Memphis if the city administration continued to refuse recognition of the sanitation workers’ right to collective bargaining. When he was gunned down at the Loraine Motel on April 4, rebellions erupted in 125 cities across the U.S.

King’s legacy and the struggle today

Over the last two years, the U.S. ruling class has continued its efforts to take away all the gains made during the height of the labor movement and the struggle for civil rights since the 1930s.

In 2011, workers and youth in Wisconsin seized the Capitol building in Madison, demanding defeat of a bill robbing public sector workers of their right to collective bargaining. These demonstrations, though they failed to stop the new law, emboldened the masses, leading to the Occupy Wall Street movement that swept the country from New York City to California.

The state had to use force to dismantle OWS tent cities and mobilizations in 2011 and 2012, just as it did against the Poor People’s Campaign in 1968.

In 2012, right-wing legislatures passed anti-union right-to-work laws in Indiana and Michigan. About 17,000 workers and youth demonstrated at Michigan’s Capitol in Lansing despite mounted police, pepper spray, batons and arrests.

These attacks on the people require efforts that go beyond the ballot box to protracted resistance and organization of a general strike. The crisis of world capitalism has brought workers into the streets from Greece and Portugal to South Africa, Egypt and Indonesia.