NYC meeting hears ‘the other side’ 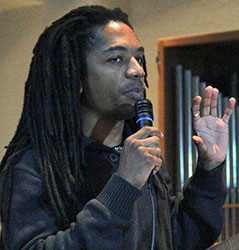 New York — During the last 19 months of chaotic civil war in Syria, with opposition rebels armed by the U.S., NATO and the Gulf monarchies through Turkey, have you ever heard Syrian government representatives defend their government’s position regarding the fighting in their country?

If you live in the imperialist U.S. or Europe, your answer is probably “never.” Why? Syrian television stations are banned by sanctions, and corporate-owned television hardly ever offers the “enemy” sound bites. Even in other Arabic-speaking countries, the Syrian position has been drowned out by the anti-Syrian propaganda from Qatar and Saudi Arabia.

For a few hours in a church on Manhattan’s Upper West Side on Oct. 21, there was a chance to hear the Syrian position by an official Syrian spokesperson. The audience also heard other internationalists who support Syria’s defense from what can only be described as an imperialist onslaught. 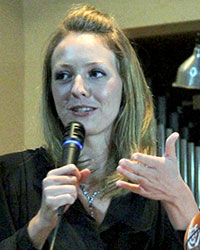 The meeting featured Counselor Dr. Mazen Adi, from the Syrian Mission to the United Nations, along with international human rights activist Ramsey Clark and British journalist Lizzie Phelan, known for her courageous reporting from Libya during the 2011 imperialist assault on that country.

Adi explained that the opposition movement in Syria was complex, and in the beginning people raised demands that the government listened to. The government offered “a basket of reforms.” Some in the opposition accepted the reforms and further discussions, but others “wanted to implement their own agenda … to destroy Syria.”

“The government wanted to come to the table, but it was met with suicide bombers,” noted Adi. “People fighting the government believed they were doing jihad.” He explained that there are thousands of fighters in Syria from many different countries in dozens of different groups with different programs, making any negotiations nearly impossible.

Adi emphasized the role Syria played in welcoming into their country any Arab refugees, especially the more than 1 million people forced to flee Iraq during the U.S.-led war there. He also noted that Syria is a very diverse country, with dozens of different religions, sects and ethnic groups. 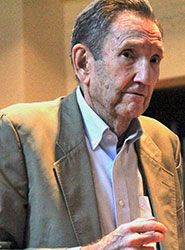 Adi also explained the difficulties Syria faces in getting out its side of the story: ”My country doesn’t have the petrodollars” that Qatar has for Al-Jazeera and Saudi Arabia for Al-Arabia, two satellite broadcasters. “Thus we can’t even get our position out in Arabic. Our broadcasts from our three national stations are blocked from Europe due to sanctions.”

Press-TV, the Peoples Video Network and Truth for a Change recorded the meeting for future broadcast or posting on the Internet, and CPRMetro.org live-streamed the discussion. It will be up to the anti-war and progressive movements here to publicize the meeting and access to it in order to counter the corporate media monopoly.

Lizzie Phelan also addressed the West’s media monopoly. In the more recent interventions the imperialist media have been aided by Al-Jazeera and Al-Arabia. Phelan was one of the few international reporters in Libya last year who described that country’s battle against NATO differently from the “official story” reported by the corporate media in Europe and the U.S.

Finally, after Gadhafi was murdered and his government thrown out, the Western media started to let some of the truth come out, said Phelan. Now what you see in Libya is chaos and a strong presence of forces like al-Qaeda, with a “blowback” that resulted in the death of the U.S. ambassador. 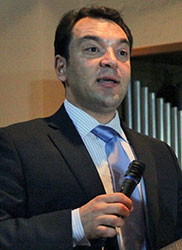 Larry Hales, representing the International Action Center, targeted the capitalist system itself and the current irresolvable economic crisis as the driving force behind the imperialist attempt to reconquer countries like Libya and Syria, Iraq and Afghanistan.

Other speakers at the meeting, beside Clark, included Ardeshir Omani, of the American Iranian Friendship Committee, and Ben Becker, of the Answer Coalition. These groups, the IAC and the New York Peace Council sponsored the meeting. Omani and Clark focused their comments on the threats against Iran. Ellie Omani of the AIFC and Sara Flounders of the IAC co-chaired the event.

There were messages of solidarity from the SI Bolivarian Circles, Veterans for Peace-Chapter 21, the International League of People’s Struggles, Solidarity with Iran and an Ecuadoran group.