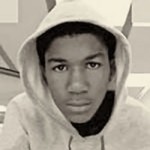 The struggle for justice for Trayvon Martin, the murdered African-American youth, recently made headlines again. The 17-year-old Martin was unarmed when he was stalked and fatally shot by George Zimmerman, a self-proclaimed neighborhood watch person, in a gated community in Sanford, Fla., on Feb. 26.

Zimmerman used the “Stand Your Ground” law to justify the killing by saying that Martin attacked him first, and therefore he had the right to self-defense. The Sanford police accepted Zimmerman’s version of the events when he was brought in for questioning and decided not to arrest him.

This injustice sparked major outrage, initiated by social media throughout the U.S. and other parts of the world. Led by Black youth — like in Miami where Martin attended high school — national protests, large and small, grew on a daily basis and forced the Seminole County District Attorney’s office to arrest and jail Zimmerman on second-degree murder charges on April 20. Less than a week later, Zimmerman was released on $15,000 bond.

In early July, the same judge who set the original $150,000 bail revoked the bond, claiming that Zimmerman and his spouse had lied about their income, failing to reveal large donations made by right-wingers through Zimmerman’s website. Bail was then set at $1 million. Zimmerman was freed on $100,000 bond on July 6 after spending one night in jail. No trial date has yet been set.

On July 13, the Federal Bureau of Investigation released photos of the hoodie worn by Martin the night he was shot, which depicted the gunshot wound. In its report, the FBI claims Zimmerman was not motivated by racism to kill Martin, but by fear of the hoodie he was wearing. The report was based on interviews with those who knew Zimmerman.

‘Your hoodie made me do it!’

Investigator Chris Serinone told the FBI that he “believed that Zimmerman’s actions were not based on Martin’s skin color, rather based on his attire, the total circumstances of the encounter and the previous burglary suspects in the community.” (cnn.com, July 13)

The FBI is part of a larger federal investigation that the U.S. Department of Justice is carrying out at the request of Martin’s parents, Sybrina Fulton and Tracy Martin. His parents and their lawyer, Benjamin Crump, adamantly maintain that Zimmerman racially profiled Martin.

While hoodies are a popular form of dress for youth of various nationalities and social strata, there is a negative stigma connected to Black and Latino/a people who wear them. In the minds of many in U.S. society, which is riddled with white supremacist attitudes, hoodies worn by youth of color are synonymous with gang membership.

In essence, the FBI report is an attempt to evoke public sympathy for Zimmerman, by saying he was justified in shooting Martin because he felt threatened by the youth’s clothing. The report helps to lay the basis for Zimmerman’s acquittal even before the trial begins.

The tragic shooting of Trayvon Martin is not an isolated incident. It is part and parcel of the broader issue of racial profiling of youth of color, who are branded as being a threat to society. In reality, these youth are horribly disenfranchised, especially if they lack jobs and education.

This raises the question of who is the victim and who is the aggressor. Nine times out of 10, youth of color are seen as the aggressors, and therefore, it is more or less accepted to “get them before they get you” — whether by police brutality, incarceration or vigilantism as in Zimmerman’s case.

The courts, the police and the laws under capitalism cannot be relied upon to bring justice for youth like Trayvon Martin, which would mean a guilty conviction for Zimmerman. The progressive movement must not only continue to support the Black community’s demand for justice for Martin, but take it a step further by joining in building and sustaining a movement to demand jobs, not jails and police terror for all working-class youth.