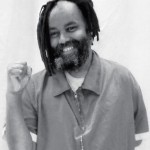 Taken from a June 17 audio column at prisonradio.org.

For a brief moment in time, the name and fate of Trayvon Martin broke through the daily media fog and touched the lives of tens of thousands of people, motivating them, mobilizing them and moving them to take direct action against the gross inaction of the state.

Youth across Florida walked out of high schools and took to the streets. People in dozens of cities marched, seemingly spontaneously, against the non-action of the state.

Because for many of these teenagers, they sensed the unsaid truth: It could’ve been them.

It could’ve been them.

Those kids pushed the state to act, if only to prevent the movement from growing more and more and spreading like kudzu in the Southern sun.

And these protests against anti-Black violence take place amidst the greatest institutional violence against Blacks since the height of the civil rights movement. By that, I mean the silent assault of mass incarceration, or what law professor, Michelle Alexander, terms “the New Jim Crow” (Last year, she authored a book by that title).

And it matters not that Trayvon’s killer wasn’t a cop (as is usually the case). He was an informal auxiliary to a system that polices Black life and holds their every act under suspicion.

The South, for centuries, was an armed white army, where every white male was empowered by law and custom to control Black life, by any means necessary.

Trayvon was judged guilty of walking while Black, as are many, many Black and Latino/a youth every day.

No matter what the result of the Trayvon Martin case (I happen to think acquittal is down the line), the New Jim Crow pecks at Black, Brown and poor lives daily, destroying any future they may’ve once dreamed of having.

But what we learn from Trayvon’s case is that protest works, for without these protests, there would’ve been no case.

That lesson must translate to the vast social injustice of the prison industrial complex.