U.S./NATO war in Ukraine and Russia: an overview 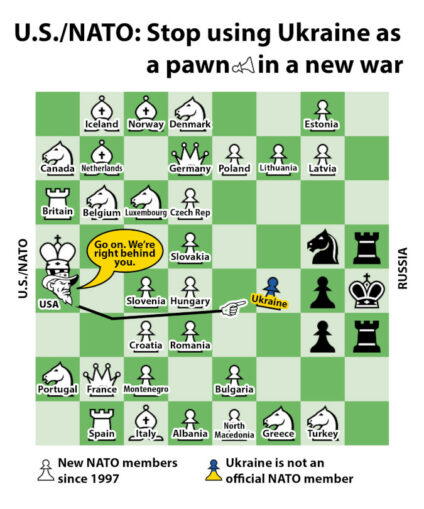 In late February 2022, a long-simmering war in eastern Ukraine entered a new phase. A good summary of the current events and the context can be found in these documents:

On March 2, the United Nations General Assembly voted on a resolution demanding Russia stop its offensive in Ukraine, voting 141 to 5 with 35 abstentions. What most mainstream media coverage tended to ignore is that the countries that did not vote for the resolution actually constitute the majority of the world population. These included China, India, Pakistan, Bangladesh, Russia and Mexico, 6 of the 10 largest countries by population. Read more about the UN vote (Al Jazeera, 3/3/22). 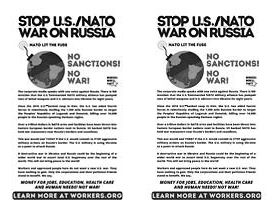 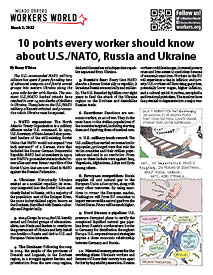 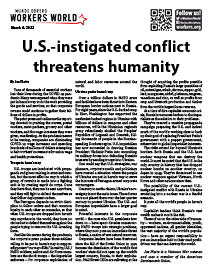 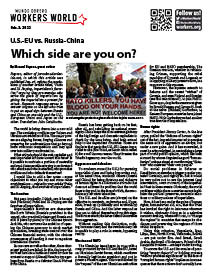 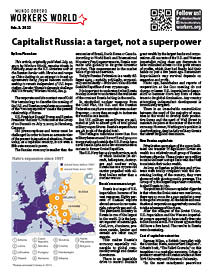 A 2014 pamphlet covering
the right-wing U.S.-backed
coup and the following weeks 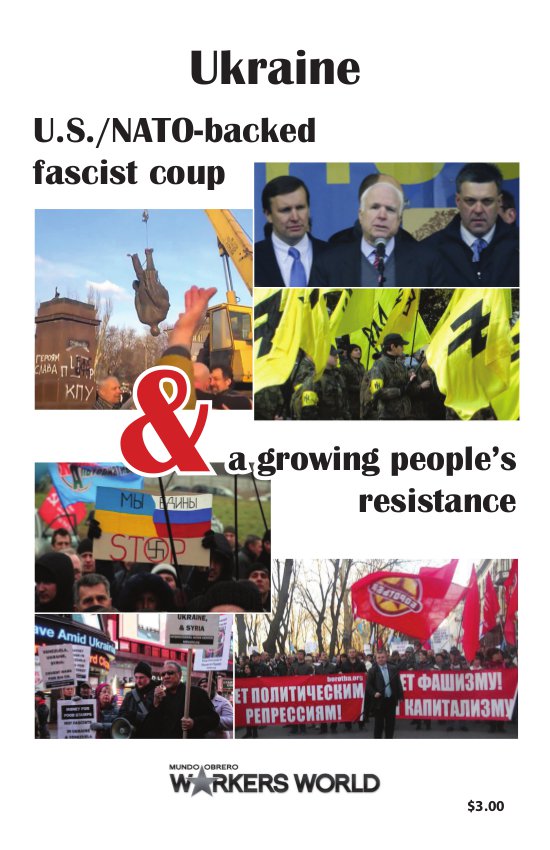 Multiple governments, with various political systems, have made statements critical of the U.S./NATO position on the crisis.

Statements, petitions and joint statements from some communist parties and leftists and progressives around the world:

The repression of minority communities, leftists and progressives has increased significantly since the 2014 coup in Kiev.

U.S. involvement in Ukraine over the years

Comparing coverage of Ukraine to other conflict areas