After nearly six weeks on the picket line, 48,000 graduate students at the University of California voted to accept a new contract. This ended the largest academic strike in U.S. labor history. 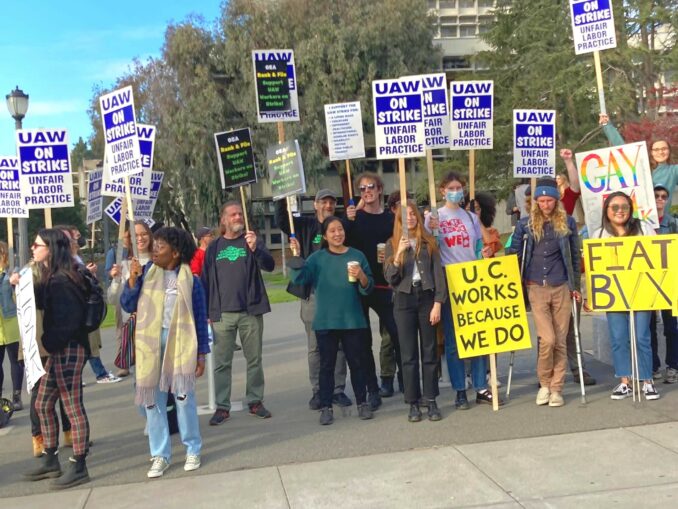 Solidarity was strong throughout the strike, with student workers risking arrest by engaging in acts of civil disobedience. Construction workers stopped work on new campus buildings, and Teamsters stopped delivering packages to the universities during the strike. Members of numerous unions joined the picket lines and attended strike rallies.

However, the pay increases fell far short of what the union initially demanded. On average, base pay remains below $30,000 after the first big raise, which doesn’t kick in until Oct. 1. UC management refused to grant a key demand of the strike: housing subsidies to offset the high cost of living in California. Other shortcomings include the retention of fees of around $15,000 per year, which out-of-state students, including international students, are required to pay.

Another concern of contract opponents — including 15 members of the 40-member negotiating team — is that the contract creates “tiers,” something UAW members in manufacturing are all too familiar with. Typically lower pay tiers are introduced for workers hired after a certain date, creating a divisive system where workers working side-by-side, doing the exact same work, are paid differently. The UC contract instead has higher pay scales at more prestigious campuses in the 10-campus system.

A rank and file-led “vote no” campaign convinced 38% of those who voted to reject the contract, but with a majority voting in favor, the contract goes into effect with the strike’s end.

Whatever the gains or shortcomings in the contract, this historic strike provided a stellar example of what solidarity looks like, today and in the future.

Martha Grevatt is a retired Chrysler (now Stellantis) worker who served on the executive boards of UAW Locals 122 and 869.