Workers World is a workers’ newspaper, written by, for and about workers. Now at the end of the year, we hail the many struggles for union recognition and rights,  higher wages and safer working conditions that took place in 2022, many of which have been covered in our pages. 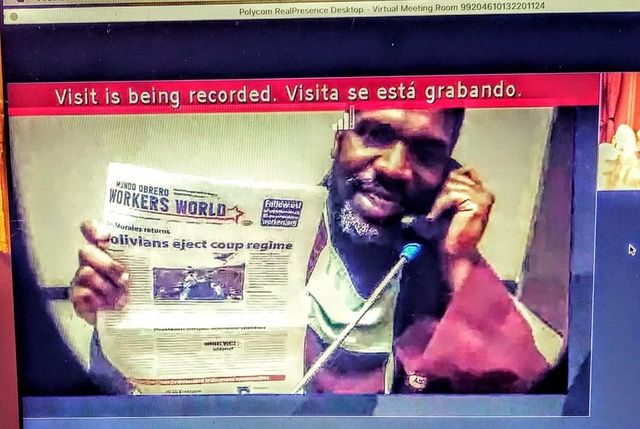 WW lauds the members of the multinational, multigender, multigenerational working class who have taken on corporate bosses, some of them the richest people in the world, who deprive workers of livable wages and decent working conditions to keep on accumulating wealth.

Our pages have devoted much space to news of the brave Amazon Labor Union, which seeks to organize those whose labor increases the coffers of founder Jeff Bezos. WW applauds the courageous young organizers who have unionized 270 Starbucks stores this year, staying strong against hostile union-busting bosses. Their victories have inspired workers around the country to organize.

WW articles back the railroad workers, who were forbidden to strike by the self-proclaimed “most pro-union president” Joe Biden. Despite their need for paid sick days, the capitalist state denied them the strongest weapon workers have: the right to strike.

Our newspaper’s staff members have walked picket lines and attended rallies for these and other workers. Many writers are current or retired union members and organizers. WW’s point of view is resolutely on the workers’ side against corporate bosses.

Our newspaper gets to the crux of the problems workers face: capitalism, the system based on exploiting the majority of people to enrich the wealthiest few. WW encourages workers to take their struggles to the next level — to build a united classwide movement against capitalism, with the most oppressed in the lead. The goal is to oust this abominable system-for-profit, and fight for a socialist society, free of profiteers and geared to providing all human beings with the necessities and joys of life.

Workers World relies on our readers’ backing. The WW Supporter Program was founded 45 years ago to help build this socialist newspaper, which now produces one print issue a month. Since the early 1990s, this fund has supported the website workers.org, where new articles are posted daily and the PDF of the weekly paper is displayed.

Workers.org contains news and analyses of global and U.S. struggles; it is a resource for political activists. This website contains firsthand accounts by writer-activists in many countries, translated by our staff. Timely articles by worker-organizers keep the newspaper current on U.S. union drives, along with reports on anti-racist and other progressive movements.

While WW’s staff is voluntary, the printed issue and the website incur expenses. Although many online publications require payment to read their articles, WW does not. Our articles are free to all readers.

Join the WW Supporter Program. Can you donate $50, $100, $200 or more per year? Contributing $50 or more will entitle you to 12 print issues a year, a PDF of every weekly issue in your email inbox and, upon request, a copy of the book “What road to socialism?”

By donating to this fund, you can help get class truth to more readers.Write monthly or annual checks to Workers World. Mail them with your name, address and email to Workers World, 147 W. 24th St., 2nd Floor, New York, NY 10011.

We appreciate your support.