Protesting Amazon’s treatment of workers and its practices that contribute to the climate crisis, coordinated demonstrations in over 30 countries on five continents demanded, “Make Amazon pay!” Held for the third consecutive year on Nov. 25 — “Black Friday” — the actions were called by a broad global coalition of labor, environmental and social justice organizations. 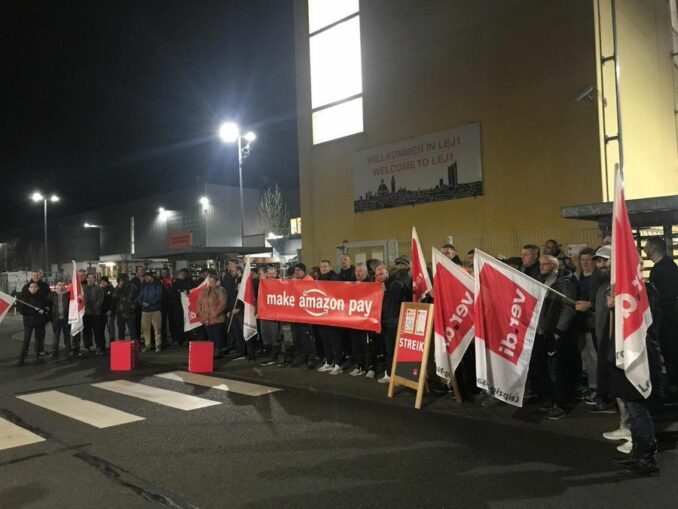 Workers struck, marched and rallied to protest Amazon’s union busting and the unsafe conditions in the company’s warehouses and across the supply chain. (progressive.international) 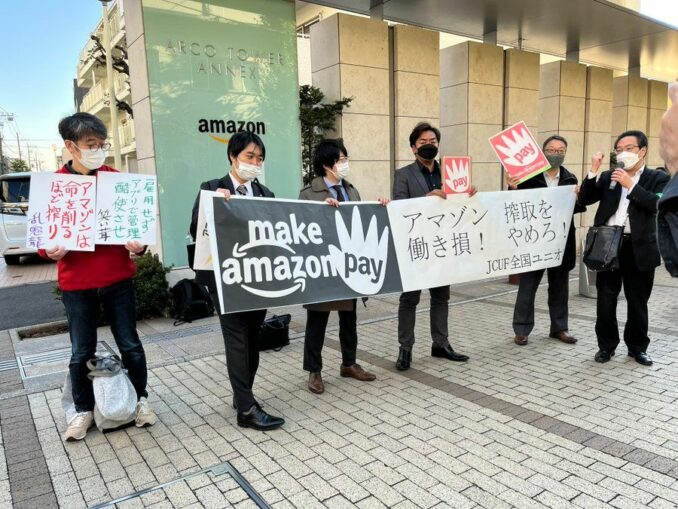 Hoffman’s union is a co-convenor of Make Amazon Pay. (uniglobalunion.org)

“Garment workers, like those I represent, toil to swell Amazon’s coffers often without any recognition that we are even Amazon workers. Amazon is the third largest direct employer in the world, but when you take us in the supply chain into account, it is even larger. At work we can face sexual harassment from management and victimization when we try to organize in a trade union against that violence and for better pay and conditions,” said Nazma Akhter, president of the Sommilito Garments Sramik Federation in Bangladesh.

“In Bangladesh, we are on the frontline of climate breakdown, so we know climate justice and social justice cannot be separated. We have to Make Amazon Pay all its workers a decent wage in dignified workplaces and for its environmental damage.”