Activists from Workers World Party, Democratic Socialists of America and Food Not Bombs gathered in Buffalo, New York, Aug. 24, in solidarity with Palestine against Israeli occupation and terrorism. 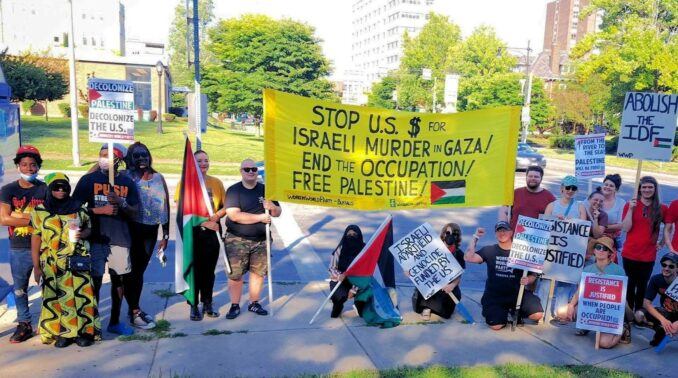 Israeli occupation forces mounted an attack on Gaza earlier this month, wounding hundreds and killing dozens, including six children. Demonstrators chanted “Palestine is on our side, Zionism is genocide!” and “From the river to the sea, Palestine will be free.”

Speakers drew connections between institutional racism, by the carceral system at home, and the genocide of Palestinians, and they called on the U.S. to cease arming and funding the Israeli settler-colonial regime and to stop sending its police, a terroristic occupying force, to Israel for training.