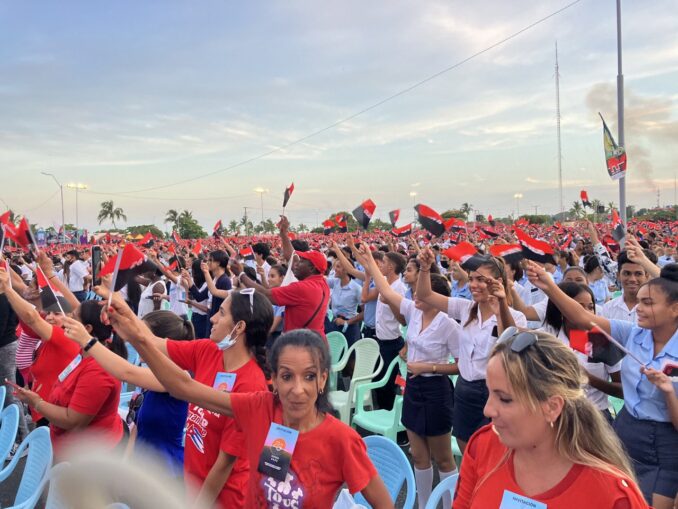 Thousands of Cubans celebrated the 69th anniversary of the attack on the Moncada garrison and honored those who gave their lives in this opening battle of the Cuban Revolution.

President Miguel Díaz-Canel in his address to those assembled here in Cienfuegos, including U.S. Cuba solidarity organizations, spoke of the great achievements of socialist Cuba.

Two of those achievements include the development of COVID-19 vaccines and the successful vaccination of over 90% of the Cuban population, despite severe hardships imposed by the criminal U.S. economic blockade.

— Report and photo by Bill Sacks