Today the Supreme Court of the United States has stripped pregnant and potentially pregnant people of control over their bodies and their lives. Roe v. Wade, the 1973 decision granting the legal right to abortion — wrested from SCOTUS by the women’s liberation movement — has been overturned.

Workers World condemns in the strongest terms this heinous decision.

By a 5-4 vote, these nine unelected, appointed-for-life “justices” have once again upheld the vile patriarchy and every form of discrimination and oppression endemic to class society. This ruling gives at least 26 states the go-ahead to enforce draconian abortion bans, even those bans with no exceptions for rape, incest (which is a form of rape) or to protect the life or health of the pregnant person.

Not many people are surprised by this development, given the makeup of the high court and the fact that the court’s plans were already leaked prematurely in early May. Yet it is shocking to witness a most basic right overturned today, in 2022 — nearly half a century after Roe v. Wade! 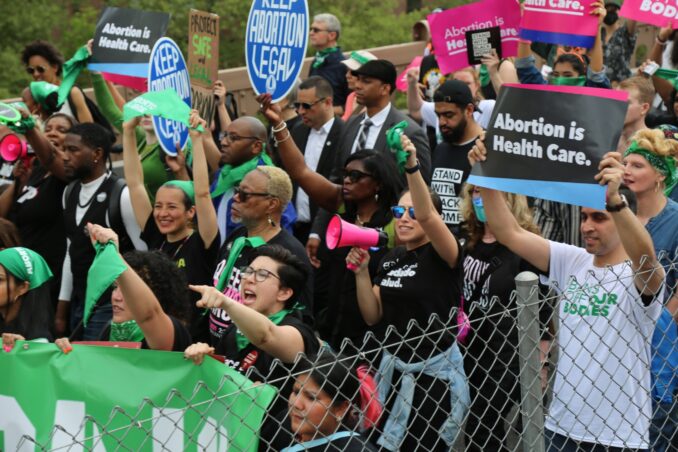 The ruling will have deadly consequences. It will disproportionately impact communities of color, low-income people, people with disabilities, migrants and youth. It will be particularly devastating for Black women, whose single most-cited reason given for seeking abortion is the inability to afford a child and who are more than three times as likely to die during childbirth as white women.

Polls show a large majority of people in the U.S. oppose eliminating the right to abortion. But their sentiments were disregarded.

How is such an inhuman, misogynistic and antidemocratic ruling, with such a widespread impact on the masses, even possible? Why, with only a simple majority of the court, can six individuals nullify the bodily autonomy of every human being able to bear children?

This would not be possible under a system that prioritized human needs before profit.

But that is not the reality we live with in the U.S., the most powerful imperialist, capitalist country in history. Inequality, including sexist inequality, is a built-in feature of capitalism. Women are expected to procreate — to produce a new generation of exploitable workers — as needed by the capitalists. Thus, the rights of pregnant and potentially pregnant people are anything but guaranteed.

Millions upon millions are outraged by this latest assault on the rights of women and gender-oppressed people. As these words are read, protests are being held in cities from coast to coast and in front of SCOTUS. Everywhere there is a unifying message: “We won’t go back.”

And we won’t! We will not quietly accept the terror of illegal abortion that previous generations fought so hard to put a stop to. Networks are being created to help pregnant people get the health care they need and deserve, so they can safely carry out whatever decision they make.

But the fascist state laws about to go into effect for roughly half the U.S. population will not be easy to work around. Working underground, trying to elude state-sanctioned bounty hunters, raising the necessary funds, etc. — none of this is easy now, and it will become much harder..

Massive legal protests, while essential, will not by themselves force a reversal of today’s decision in Dobbs v. Jackson Women’s Health Organization.

Overturning Dobbs — by any means necessary, to quote the immortal words of Malcolm X — must be part of a broad program of demands that addresses the multiple crises facing the working class. These crises include union-busting, inflation, inadequate wages, racist police violence and anti-trans attacks, to name a few. And a new economic recession — perhaps a depression — is on the horizon.

Only a united working class, employing a range of tactics, including mass strikes, can push back this horrible ruling

And only by getting rid of the patriarchal capitalist system of class exploitation can we secure reproductive justice for generations to come.